"Our client unconditionally apologises for any hurt or harm caused," reads the statement 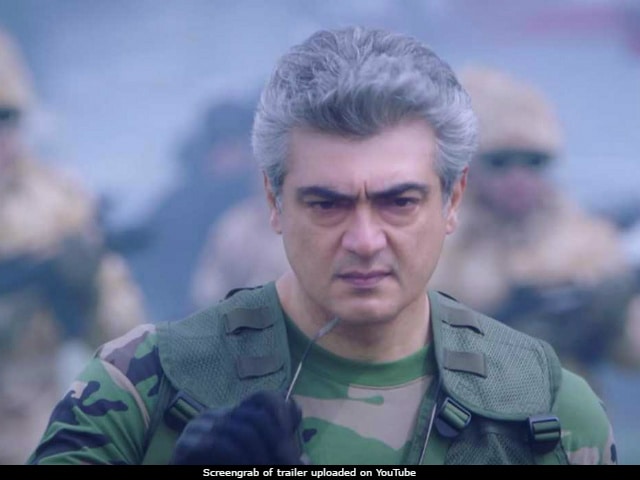 Ajith Kumar will next be seen in Vivegam (courtesy YouTube)

New Delhi: Tamil superstar Ajith Kumar has released a statement over the weekend, stating he does not have accounts on social media platforms like Facebook, Twitter, Snapchat and Instagram and that, unlike many stars, he does not endorse official fan clubs. The statement has been issued by counsels assisting the actor in legal matters - copies of the notice, one each in English and Tamil, have been tweeted by the legal firm's official handle. Reconfirming Ajith's deliberate absence from social media, the statement draws attention to the fact that fan clubs or social media profiles created with the actor's name often share personal views in an attempt to pass them off as the actors'.

"...there are a few unauthorised self-proclaimed individuals, groups and associations, passing off their personal views and opinion on social and political issues under the guise and likeness of our client, through the unauthorised use of our client's name and image," reads the statement.

The statement goes on to incorporate an apology from the actor for having unknowingly hurt sentiments (if at all). "Persons misusing our client's name have also been trolling members of the film industry, journalists, critics and other individuals. While it is important to identify such miscreants and hold them accountable, our client unconditionally apologises for any hurt or harm caused," it states.

In 2015, Ajith Kumar featured in headlines when a section of his fans were angered after singer Chinmayi Sripada posted a meme featuring 'Thala' - the term Ajith popularly is referred to. Fans of Ajith had ruthlessly trolled the singer with abusive tweets and threats - while Chinmayi remained undeterred and posted a lengthy note about ugly 'fan wars', there remained a stony silence from the superstar.

Ajith will next be seen in Siva-directed Vivegam, which casts him as a special agent of the Counter Terror Squad. The movie arrives in theatres on August 24.
Comments
ajithajith trolls