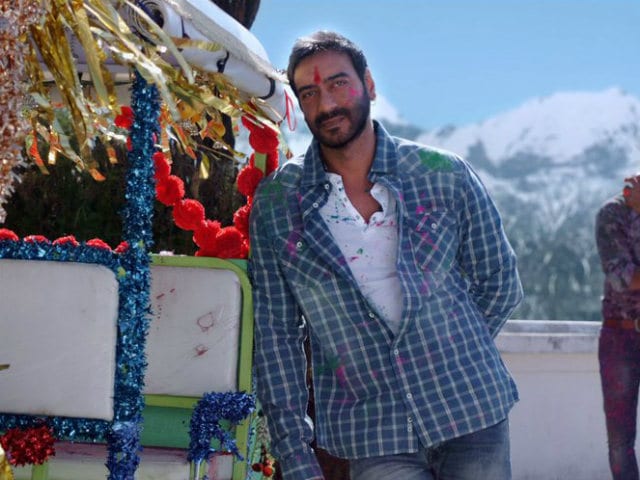 A still from Shivaay

Mumbai: Actor-filmmaker Ajay Devgn said that he got music composer-singer Mithoon on board for his forthcoming movie as a director Shivaay for weaving sentiments into the musical score.

Ajay is impressed with Mithoon's work, and said working with him is like creating memories.

"Shivaay is an action thriller but I roped in Mithoon to weave sentiments into the musical score because he is probably the only music composer I know who plays with emotions in his music. He continues to set benchmarks. Every moment is a memory while working with him," Ajay said in a statement.

Ajay has acted in, directed and co-produced Shivaay. The film, which is slated to release on October 28 around Diwali, will clash at the box office with filmmaker Karan Johar's Ae Dil Hai Mushkil.

The musical score of Shivaay has hit the right note with soundtracks by artistes like Mohit Chauhan, Sunidhi Chauhan, Kailash Kher, Arijit Singh and Badshaah.

Mithoon also lauded Ajay saying that he is a "great master director and understands even the small nuances".

"Shivaay has been one of my challenging projects so far but I'm pleased with the positivity the music of the film has earned for itself. The music of this film took over a year to complete and it was amazing to see how involved Ajay was from the day of inception till the day of completion," he added.

Promoted
Listen to the latest songs, only on JioSaavn.com
Mithoon said, "With Shivaay, Ajay was also very clear that he wanted me to not only do the songs but also the background score, a first for me."