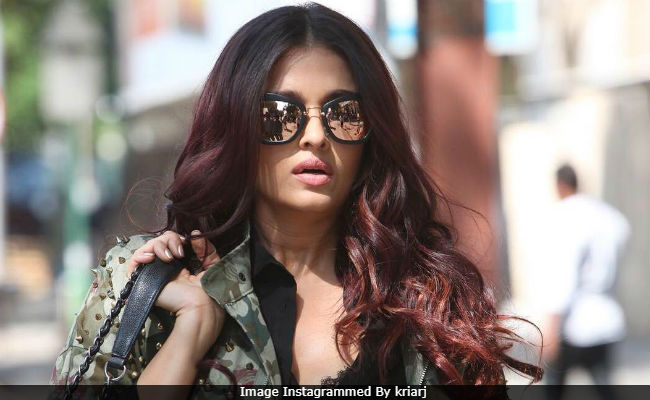 New Delhi: Aishwarya Rai Bachchan's Fanne Khan, her first film after Ae Dil Hai Mushkil, has got a release date. Finally, it's August 3, peeps, trade analyst Taran Adarsh reports. In Fanne Khan, Aishwarya co-stars with Anil Kapoor and Rajkummar Rao. Much details about their roles haven't been divulged by the makers of the film. What we know so far is that Fanne Khan is the Hindi adaptation of the Oscar-nominated Dutch film Everybody's Famous and is a musical comedy. Fanne Khan was earlier scheduled to open in July. Months ago, news agency IANS had reported that the film base its plot on the theme of body-shaming and the central characters of Fanne Khan are a father (Anil Kapoor) and his 16-year-old daughter with showbiz dreams. Aishwarya reportedly plays a singer.

There are divas and then there is #AishwaryaRaiBachchan, our shining star! #FanneKhan

This #Eid, we begin a new transformation...#FanneyKhan & I embark on an exciting journey today! @RakeyshOmMehrapic.twitter.com/gkBqi2p34F

The film's shooting was stalled in between as the crew members alleged that their dues had not been cleared. "We were told that the payments would come in by early March, but haven't received a penny. So, we've decided not to start work on the next schedule (filming of two songs) till we get paid," a source earlier told mid-day. Fanne Khan is among the list of trouble KriArj films (co-owned by Prernaa Arora).

Fanne Khan is co-produced by Rakeysh Omprakash Mehra and T-Series' Bhushan Kumar. It is directed by Atul Manjrekar.

Promoted
Listen to the latest songs, only on JioSaavn.com
Fanne Khan will clash at the box office with Karwaan, starring Irrfan Khan, Dulquer Salmaan and Mithila Palkar. Karwaan's final release date was also announced on Thursday.