Aishwarya Rai Bachchan's Birthday Will Reportedly Be A Family Only Affair 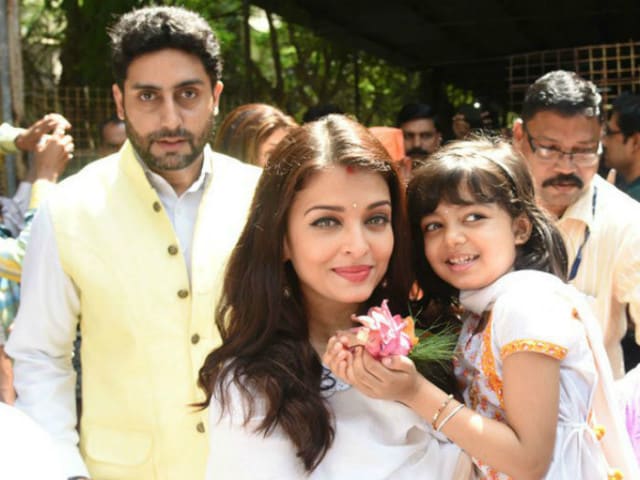 Mumbai: Actress Aishwarya Rai Bachchan, who turned 43 on Tuesday, will celebrate the day with her family and close friends.

According to sources, Aishwarya will be having an intimate dinner with family and friends. However, this time the Sarbjit actress will not be holding a press conference which she usually does on her birthday at her residence in suburban Juhu.

From being a former Miss World to becoming a top Bollywood actress, Aishwarya has achieved great success in her career. She is currently basking in the glory of her recently released movie Ae Dil Hai Mushkil in which she is seen alongside Ranbir Kapoor and Anushka Sharma.

Aishwarya took a sabbatical from acting in 2010, and returned to the silver screen with thriller Jazbaa. She was then seen in Sarbjit and now her latest release is Karan Johar's Ae Dil Hai Mushkil.

Promoted
Listen to the latest songs, only on JioSaavn.com
Aishwarya married actor Abhishek Bachchan in 2007 and the couple have a daughter named Aaradhya.