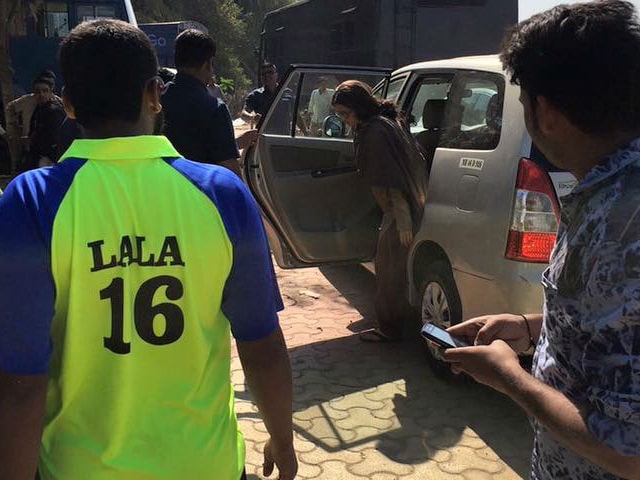 This image was posted on Facebook by Aishwarya Rai Bachchan.

Mumbai: After her power-packed role in Jazbaa, actress Aishwarya Rai Bachchan has started shooting for Sarabjit, in which she sports a non-glamourous look. The actress said that she enjoys "intense" roles.

"Work on Sarabjit has begun and we have just started filming. It is an intense film and as an actor, I obviously enjoy that," said Aishwarya.

The film, directed by Omung Kumar, is a biopic on Sarabjit Singh, an Indian farmer who was convicted of terrorism and spying in Pakistan and was sentenced to death. He was attacked by inmates at a prison in Lahore in April 2013 and died a few days later. (Also Read: Aishwarya Rai Says Response to Look in Sarabjit is 'Encouraging')

Aishwarya plays Sarabjit's sister Dalbir Kaur in the movie. She's glad that her look in the movie is being appreciated.