Aishwarya Rai Bachchan Celebrates 20 Years of Devdas With A Pic Of Paro. How Husband Abhishek Reacted 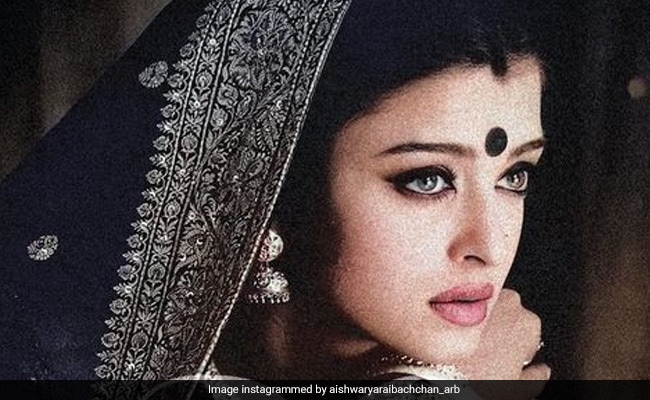 One of the most iconic films of director Sanjay Leela Bhansali, Devdas, clocked 20 years on Tuesday. With Shah Rukh Khan, Aishwarya Rai Bachchan and Madhuri Dixit in the lead, the film has phenomenal visuals combined with unique storytelling for two lovers who are can't be together. Aishwarya Rai Bachchan shared a picture of her character Paro, dressed in a gorgeous ethnic outfit with the words "20th anniversary Devdas," plastered over the image. In the caption, the actress simply resorted to a string of emotions in form of emojis like a red heart emoji, a rainbow emoji and a starry emoji.

Abhishek Bachchan, who always supports his wife on social media, commented on the picture with a red heart emoji. Take a look at Aishwarya's post below:

Madhuri Dixit, who played Chandramukhi, a beautiful courtesan, celebrated the milestone with a video compiled with all her dialogues that stole the show in the film. In the caption, the actress wrote, "5 instances when Chandramukhi stole the show," and added numerous hashtags like "milestone", "20 years of Devdas," "Tuesday Trivia."

Devdas, which was released in 2002, is based on Sarat Chandra Chattopadhyay's 1917 novel and follows the life of a wealthy law graduate who returns to India to marry his childhood friend. However, the rejection of their marriage leads him down an ugly road into alcoholism and emotional pain.

Meanwhile, Aishwarya is gearing up for the release of Ponniyin Selvan: I, director Mani Ratnam's next. She will play Nandini, the Queen of Pazhuvoor in the epic drama. The film also stars Vikram, Jayam Ravi, Karthi, Trisha and Aishwarya Lekshmi. It will release on September 30.