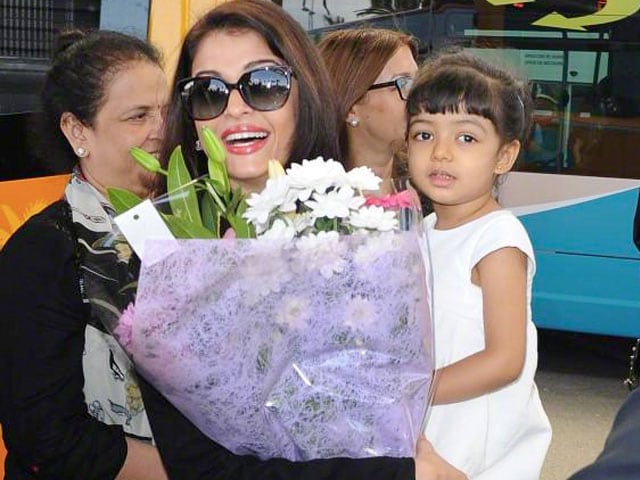 Aishwarya and Aaradhya photographed in Mumbai.

New Delhi: It's throwback Thursday and actor Abhishek Bachchan has thrilled fans with a photo of his actress wife Aishwarya Rai and four-year-old daughter Aaradhya from the cruise holiday the Bachchans went on in February to celebrate Abhishek's 40th birthday.

Abhishek was 40 on February 5 and celebrated with a family vacation in the Maldives. Pictures were shared by Amitabh Bachchan on social media.

Abhishek and Aishwarya's last Bollywood films were All Is Well and Jazbaa respectively, while Big B and Jayaji will feature in a cameo in R Balki's Ki And Ka releasing on Friday. (Also Read: The Bachchans' Cruise Holiday Outsails the Mehras From Dil Dhadakne Do)