AIB Says Picture Abhi Baaki Hai. Will Films Be The Next Frontier? 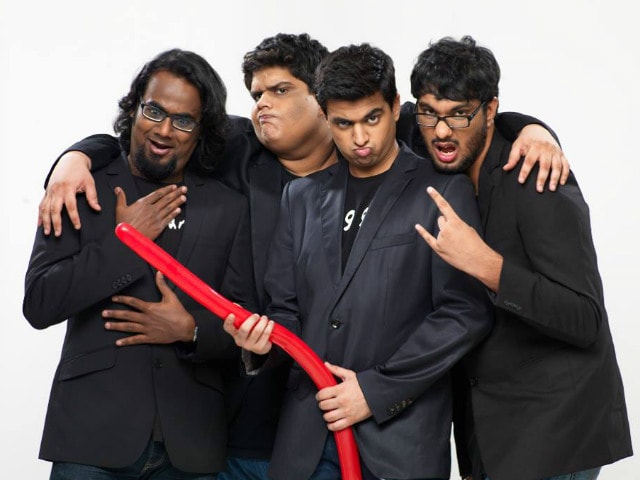 'We are going to get bigger and better,' says AIB's Tanmay Bhat (courtesy: tanmaycomedy)

New Delhi: Bollywood has provided comedy collective AIB with several punchlines in the past. But their latest video on harassment masquerading as romance in Bollywood through the ages is a tougher topic to handle with humour. AIB member Tanmay Bhat directed the video and when we sat down for a chat with him, he'd just been on the receiving end of several messages telling him it's time to now make the big leap to movies. So could that happen? Tanmay says with a big grin, "2017 is huge. We are going to get bigger and better, maybe to a bigger screen, you never know."

He acknowledges though that shooting Harassment Through The Ages was rather harrowing and it could have been potentially life changing for one of his AIB teammates in particular - Khamba, we're looking at you!

"It all sounds great in theory and I can explain it to you really well but once you are on set, and you are shooting and then you have actors and you have a crew and it's a whole different ball game. So worry is always there. Also, this is bloody expensive, this sketch. It was like if I don't finish this one song on time, I have to sell Khamba. I have to sell him to TVF. I have to make money from somewhere. We decided amongst ourselves. If one of us has to be sold to someone, Khamba will be sold first," Tanmay says in characteristic AIB-style.

Clearly the AIB boys don't take their cues for romance from Bollywood. So where do they suggest young men looking for love take romance tips from?

Promoted
Listen to the latest songs, only on JioSaavn.com
"From the girl, if the girl says 'hey, this is nice,' you keep doing it and if she says 'yo, you need to stop,' then stop doing it. Like I was discussing with someone about the movie Pink, right. Pink, I thought was a very effective film. Because (A) the three modes of visual communication - dark room, big screen and Amitabh Bachchan's voice. These are the three most important things when you want to drill a message home. And (B), they made the character verbalise. Consent. No means no. I think it's important that it goes through and Bollywood has a huge role to play," Tanmay says.

Looks like AIB, which has just announced a fiction show to be streamed on Amazon Video, have already got their movie hats on and we personally can't wait.