Ahead Of Valentine's Day, Ankita Lokhande And Boyfriend Vicky Jain Fly Out Of Mumbai

Ankita Lokhande posted a selfie from a flight 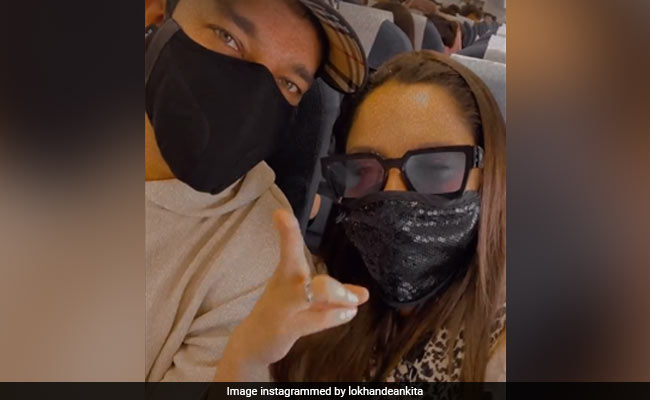 TV star Ankita Lokhande shared a super cute picture of herself along with her boyfriend Vicky Jain on her Instagram story on Saturday. In the picture, the couple can be seen goofily posing together. The picture shared by Ankita happens to be from a flight. The couple flew out of Mumbai just a day before Valentine's Day. However, Ankita didn't reveal where they were headed. "Enroute. Ok bye," the Pavitra Rishta actress captioned her Instagram story. Ankita Lokhande and Vicky Jain, who have been dating for more than a year now, frequently trend for her social media PDA. 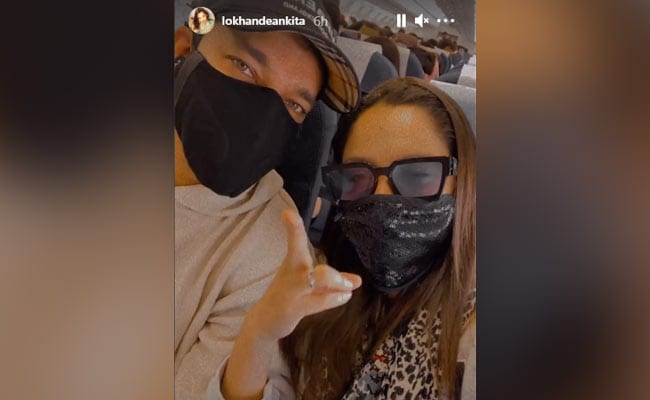 Last year, the actress shared a note, in which she apologised to her boyfriend for facing criticism because of her. She wrote: "I can't find the words to describe my feelings for you. One thing which comes in my mind when I see us together is I'm grateful to god for sending you in my life as a friend, partner and as soulmate." She thanked her boyfriend for always being by her side and added, "Thank you for being someone who was always there for me. Thanks for making all my problems as yours and helping me whenever I needed you. Thank you for being my support system. Most importantly, thank you for understanding me and my situations."

In 2019, the actress made her Bollywood debut with Kangana Ranaut's period-drama Manikarnika: The Queen Of Jhansi. She also starred in Baaghi 3, which featured Tiger Shroff in the titular role. Ankita Lokhande was also a participant in TV reality shows like Jhalak Dikhhla Jaa and Comedy Circus.