Ahead Of Tenet's Release In India, Christopher Nolan Shares A Special Message For Fans

"We had an amazing time shooting in India," said Tenet director Christopher Nolan 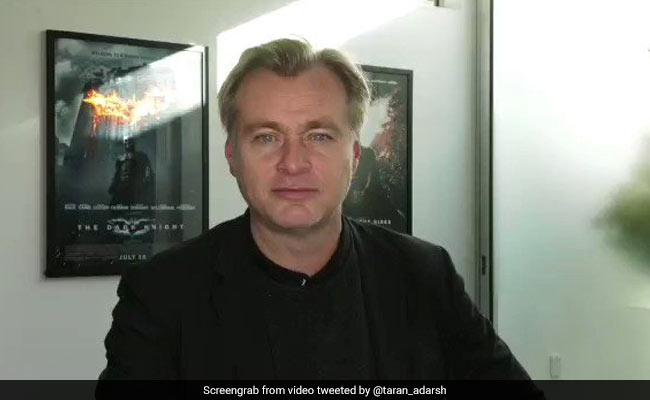 Christopher Nolan in a still from the video. (courtesy taranadarsh)

Just a day before the theatrical release of Christopher Nolan's Tenet in India, the filmmaker shared a special message for his fans in the country. In the video message, the filmmaker said that he is "absolutely thrilled" that the audience will get to watch the film in theatres. He began the video by saying, "Hello, I am Christopher Nolan, the director of Tenet. I just want to say hello to all of you movie fans in India. I am absolutely thrilled that you are going to get the opportunity to experience Tenet on big screen. We shot the film on large format IMAX film in some of the most spectacular places in the world, including Mumbai."

The Inception director added that some of the "most exciting" scenes have been shot in Mumbai and he also shared his experience of working with Bollywood veteran Dimple Kapadia. Speaking of the scenes shot in Mumbai, the director added, "What I considered to be some of the most exciting scenes in the film, some of which were with the great Dimple Kapadia. We had an amazing time shooting in India and it means so much to me that you are all finally going to be able to see Tenet on the big screen. So, I hope you enjoy it. Thank you very much," he added.

Tenet will hit the screens in Indian on Friday and it will release in English, Hindi, Tamil and Telugu. Tenet, one of the first big-budget movies to open in cinemas in the time of pandemic, features John David Washington, Robert Pattinson and Elizabeth Debicki in lead roles. The film released in cinemas over 70 countries earlier this year. The film, which has been collaboratively produced by Christopher Nolan and Emma Thomas, has extensively been shot across seven countries, including India, Denmark, Estonia, Italy, Norway, the UK, and the US.

Christopher Nolan is best-known for directing super hit films like Batman Begins, The Dark Knight series, Inception, Interstellar, The Prestige and Memento among others.