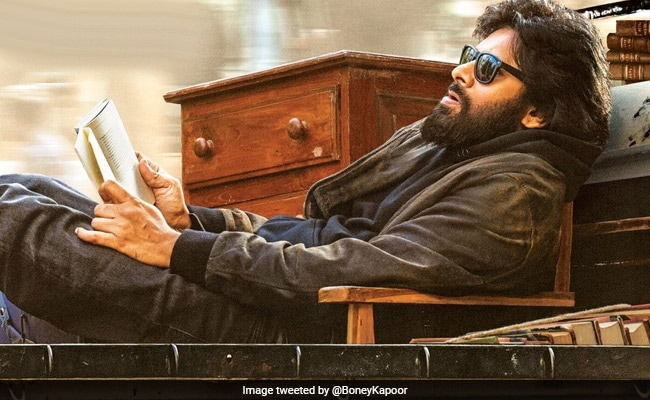 Get ready for the launch of Power Star Pawan Kalyan's #VakeelSaabMotionPoster @ 9:09AM tomorrow!@PawanKalyan@i_nivethathomas@yoursanjali@AnanyaNagalla@SVC_official@BayViewProjOffl#SriramVenu@MusicThaman#PSPK26#VakeelSaab#HBDPawanKalyanpic.twitter.com/Qjl1cmmUpi

Vakeel Saab is the second adaptation of Pink after Tamil movie Nerkonda Paarvai, which featured Ajith in the lead role. Boney Kapoor had said that it was late actress Sridevi's wish to cast Ajith in a movie produced by him. When Nerkonda Paarvai released in August last year, he had tweeted, "I have managed to fulfil my wife Sridevi Kapoor's dream... It couldn't have been possible without the support of Ajith Kumar, H Vinoth (director), entire cast and technicians. I shall always cherish this."

I am truly blessed 9am IST today Premiere Show of @nerkondapaarvai will start in Singapore. I have managed to fullfil my wife Sridevi Kapoor's dream

It couldn't have been possible without the support of #AjithKumar#HVinoth, entire cast & technicians. I shall always cherish this

National Award-winning film Pink is directed by Aniruddha Roy Chowdhury and it features Amitabh Bachchan in the lead role. Mr Bachchan played the role of a lawyer, who comes out of retirement to help three young women implicated in a false criminal case. Pink also features Taapsee Pannu, Andrea Tariang and Kirti Kulhari.