After Winning An Award, Salman Khan's Sultan To Release In China 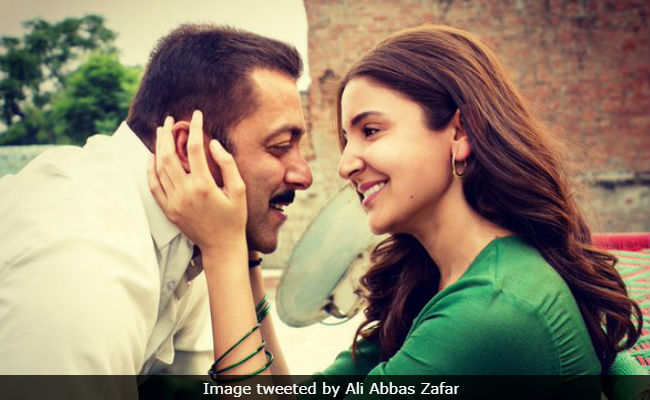 After a thunderous box office performance in India, Salman Khan's Sultan is en route China. Trade analyst Taran Adarsh announced Sultan will open in Chinese theatres on August 31. This will be Salman Khan's second film for the cine-lovers in China, who apparently enjoy Hindi films (at least Aamir Khan's films but more about that later). The Ali Abbas Zafar-directed film has an edge over Kabir Khan's Bajrangi Bhaijaan. Sultan became the first Indian film in China to win the Jackie Chan award at the Shanghai International Film Festival 2017. Sultan, which is among Salman Khan's top grossing film, made over Rs 320 crore in India when it released in 2016.

#Sultan goes to China... Presenting the official poster of the film for the Chinese audiences... 31 Aug 2018 release. pic.twitter.com/CcPN563wKJ

Sultan, also starring Anushka Sharma, was produced by Yash Raj Films. In India, Sultan released in the same year as Dangal and the latter won the box office battle (Rs 387 crore) at home too.

Bollywood has sent several films to China including Irrfan Khan's Hindi Medium, which did a decent business.

In addition, Ranbir Kapoor's Sanju producers recently told news agency PTI that they are in talks with film distributors in China to send the Rajkumar Hirani-directed film there too. "They have watched the film and there is a lot of interest in releasing it in the country," Vijay Singh, CEO, Fox Star Studios, told PTI.

Meanwhile, Salman Khan is currently filming Bharat, which will open in theatres on Eid next year.