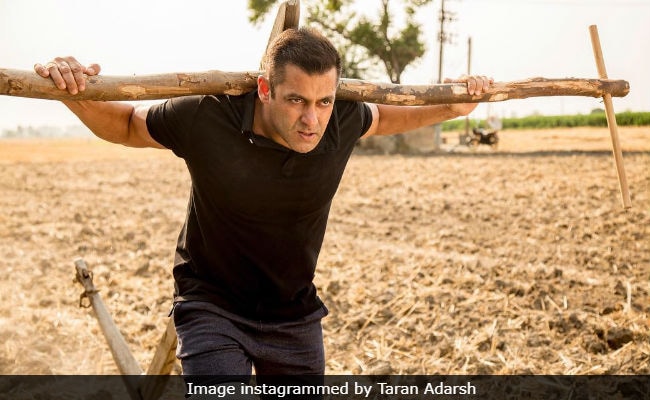 It seems China is not Salman Khan's market. Sultan, Salman Khan's second film to release in China, is struggling to maintain a spot on China box office. Trade analyst Taran Adarsh reported that Sultan collected mere Rs 21 crore over in three days after it released on Friday. "Sultan disappoints in China. The poor trending during weekend indicates that the going will be tough on weekdays. A healthy lifetime total, therefore, is ruled out," he tweeted. In contrast, Sultan rocked the India box office when it opened in theatres in July 2016. The opening day collection for Sultan in India was Rs 36 crore and the film's lifetime collection at home was Rs 300 crore.

Here's the day-wise collection of Sultan in China:

The "disappointing" performance of Sultan in China is despite it became the first Indian film in China to win the Jackie Chan award at the Shanghai International Film Festival 2017.

Salman Khan's first release in China was Bajrangi Bhaijaan, which collected over Rs 300 crore there over a few weeks. The standalone performance of the film at the ticket window is quite well but not when compared to how Aamir Khan's films perform in China. The collections of Dangal and Secret Superstar, the last two Aamir Khan film released in China, pocketed over Rs 1,500 crore and Rs 750 crore, respectively.

In India, Sultan released a few months before Dangal but the latter won the box office battle (Rs 387 crore) at home too.