Read inOther Languages
This Article is From Dec 06, 2018

After Wedding To Nick Jonas, Priyanka Chopra Changes Her Name On Instagram 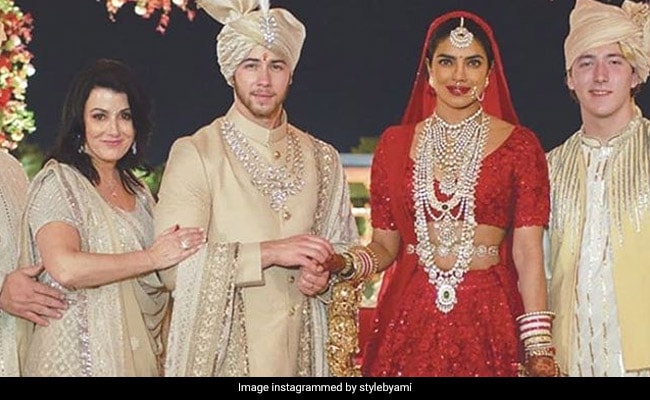 Priyanka and Nick at their Delhi reception (stylebyami)

Priyanka and Nick, both of who have been strictly guarded about their wedding photos, released glimpses of both their wedding ceremonies earlier this week. While Nick captioned the photos as: "Happiest day of my life," Priyanka had written: "And forever starts now."

Happiest day of my life. @priyankachopra

On Thursday, Priyanka Chopra received an adorable note from Nick Jonas' brother Joe, who welcomed her to the Jonas family like this: "Super married! I love you both! Welcome to the family, Pri. Congratulations! My face hurts from all the smiling this week."

Priyanka has been placed #94 on Forbes' List of 100 Most Powerful Women of 2018. She also recently trended for the Internet's strong defence of her against an offensive article by The Cut, which has now been taken down and replaced with an apology. On the work front in Bollywood, Priyanka Chopra is currently working on The Sky Is Pink, her film with Farhan Akhtar, which is being directed by Shonali Bose.