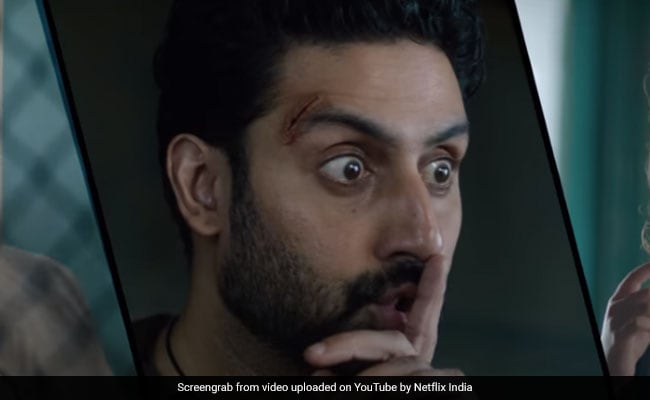 Ludo: Abhishek Bachchan in a still from trailer. (courtesy YouTube)

The trailer of Anurag Basu's upcoming film Ludo released on Monday and it has been trending since then. This, however, is the story of Aamir Khan's reaction to the film's trailer. The film boasts of an impressive star cast that includes Abhishek Bachchan, Rajkummar Rao, Aditya Roy Kapur, Rohit Saraf, Sanya Malhotra, Fatima Sana Shaikh and Pankaj Tripathi. Coming back to Aamir Khan's reaction - the actor shared the trailer on his Twitter profile and wrote: "What a trailer! Basu (film's director Anurag Basu), Hats off! Congratulations to the entire team. Can't wait to watch it. Kab tak wait karna padega?" The actor also asked the director to host a virtual screening of the film for his colleagues. "Basu, why don't you hold a virtual industry screening for some of your colleagues? Love, a," tweeted Aamir Khan.

Reacting to Aamir Khan's tweet, Abhishek Bachchan, who co-starred with the actor in the 2013 film Dhoom 3, wrote: "Thank you Aamir." See the Twitter exchange here:

The trailer focusses on four equally intriguing stories, which intersect at some point. Netflix's summary of the film Ludo reads: "Ludo is about the butterfly effect and how, despite all the chaos and crowd of the world, all our lives are inextricably connected." Sharing the film's trailer on social media, Abhishek Bachchan wrote on Monday, "Zindagi ka khel, aur Ludo ki dice ka koi bharosa nahi. Kab baazi palat jaye, kisiko nahi pata." Check out the trailer here:

Produced by Bhushan Kumar and Anurag Basu Production, the Netflix original will stream on the OTT giant on November 12.