A Suitable Boy, Gunjan Saxena And 15 Other Additions To Netflix's New Line-Up

Big Bollywood releases include Sanjay Dutt's Torbaaz, the multi-starrer film Ludo, the much talked about movie A Suitable Boy 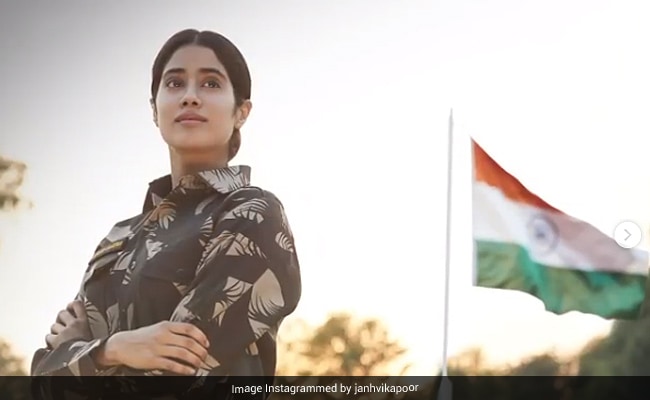 Janhvi Kapoor in a still from Gunjan Saxena: The Kargil Girl

Are you excited or ARE YOU EXCITED?!

"Proud to bring to you the story of the first woman Air Force Officer to go to war. A journey that I hope will inspire you the way that it has inspired me. Gunjan Saxena: The Kargil Girl is landing on 12th August to your Netflix screens," Janhvi Kapoor posted on Instagram.

Proud to bring to you the story of India's first woman Air Force Officer to go to war. A journey that I hope will inspire you the way that it has inspired me. ????????GunjanSaxena - The Kargil Girl is landing on 12th August to your #Netflix screens! @dharmamovies @zeestudiosofficial @karanjohar @apoorva1972 @pankajtripathi @angadbedi @vineet_ksofficial @manavvij @sharansharma @netflix_in @zeemusiccompany

"A man rises from personal tragedy to lead a group of children from a refugee camp to victory, transforming their lives through the game of cricket. It's almost time to play," posted Sanjay Dutt along with glimpses of the film.

A man rises from personal tragedy to lead a group of children from a refugee camp to victory, transforming their lives through the game of cricket. It's almost time to play! @nargisfakhri @rahuldevofficial #Torbaaz @ramitts @rajuchadhawave @girish_malik Coming soon on @netflix_in

"Love doesn't recognise borders, love simply is.., Bringing you the story of Maan, Saeeda and a lot more," Ishaan Khatter wrote for his film with Tabu.

Directed by Anurag Basu, the ensemble cast of Ludo includes Abhishek Bachchan, Rajkummar Rao, Aditya Roy Kapur, Fatima Sana Shaikh, Sanya Malhotra, Pankaj Tripathi and Pearle Maaney. "Watch four players take fate into their own hands in a high stakes game where nothing is a coincidence and everything is planned," wrote Rajkummar.

Kajol And Mithila Palkar In Tribhanga

"A story about three women who dance to their own beat, Tribhanga shows you the perfection in imperfection. and I can't wait to show you our world," Kajol said what the film is all about.

A story about three women who dance to their own beat, #Tribhanga shows you the perfection in imperfection. @mipalkar@tanviazmi@renukash and I can't wait to show you our world!💃💃💃 @ajaydevgn@ADFFilms@Banijayasia@sidpmalhotra@ParagDesai@NegiR@deepak30000pic.twitter.com/9kZ1GoAj73

"Watch Dolly and Kitty fight their silent battles while they navigate womanhood, sisterhood, love and everything in between in this charming story about finding freedom. Can't wait to shine with you my chamakta sitara," Bhumi Pednekar wrote for co-star Konkona Sen Sharma.

Netflix India's Content Vice President Monika Shergill told news agency PTI in a statement that the streaming giant's idea is to "tell the most defining stories from India that will first appeal to the Indian consumers." She added: "It is really important that a story coming out of India becomes big in India. When local stories become big locally, that's when they make maximum impact globally. For us, it is important to tell the biggest and the most defining stories in India and to work with storytellers who bring their most authentic vision and passion for stories," she said in an interview ahead of slate announcement."

Netflix wanted to pack in a "diverse" set of content in the form of its new releases, she said: "We have been in advance stages of post (production) on some, many are ready. The important goal was to put together a slate that has a diverse mix of content which can appeal to different moods, different tastes because for Netflix, it is important to be a service and not just one title destination."

Referring to theatres being shut because of the coronavirus lockdown, Monika Shergill added: "It has been an unprecedented time. People have looked for emotional comfort and we are happy that as a service, we were able to provide that. But we are also mindful that this is a temporary phase that has increased the viewing numbers. The one good thing that has happened is that many more people will cultivate a taste for premium storytelling, for discovering new kind of storytelling from India and around the world."

Monika Shergill said the Netflix is willing to experiment with formats as long as the content is intriguing: "It is really about telling the best stories and it is never just about scale compromising on the flavour of storytelling or the kind of subjects we choose. For us, high concept, high craft and a great mix of stories and storytellers is the most important thing. As you can see, we have animation film Bombay Rose in the line-up, which proves that we are interested in great storytelling whatever the format."