Is Ludo A Game Of Chance Or Skill? Matter In High Court, Memes On Twitter

A petition filed in the Bombay High Court seeks a declaration that ludo is a "game of chance and not a game of skill". 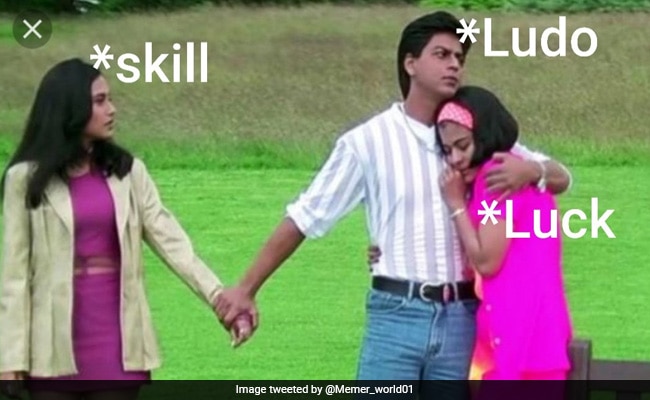 Ludo memes are flooding Twitter after a petition alleging that the game promotes gambling.

A question that often comes up during ludo matches is whether the winning player is employing a clever strategy or making their way to the finishing square thanks to sheer luck. Turns out, the decision about whether this popular game relies on skill or luck may soon be decided by the Bombay High Court - at least in the case of gaming application Ludo Supreme. According to Live Law, a petition has been filed in the Bombay High Court against the makers of Ludo Supreme, alleging that the online game promotes gambling and deviates from the original board game, which is a "game of chance".

The petition, filed by Keshav Muley, seeks a declaration that ludo is a "game of chance and not a game of skill". Provisions of the Maharashtra Prevention of Gambling Act, 1887 would apply "if the game is played for stake", it says.

The petition has inspired some bemused reactions and led to a flood of memes on Twitter. Take a look:

Bombay HC to consider if Ludo is a game of chance or skill
Other pending cases : pic.twitter.com/4xFB1asez0

Bombay High Court to decide whether Ludo is a game of skill or luck
Meanwhile 4.64 lakhs pending cases. pic.twitter.com/tBiBLy5Sq6

Ludo is half skill half Luck

According to Bar and Bench, the Bombay High Court on Thursday sought the response of the Maharashtra government on the plea seeking a declaration that "Ludo is a game of chance and not a game of skill".

In November last year, Mr Muley had approached local police against the makers of the game - Cashgrail Private Ltd. The police, however, refused to file a case, after which he approached the Metropolitan Court, which also rejected his complaint.