Abhishek Bachchan is a first-time kidnapper, who has to take tips on how to extract ransom from his pint-sized captive 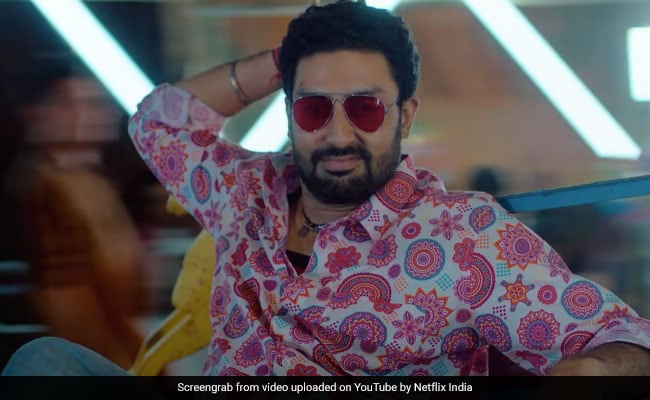 Ludo trailer: Abhishek Bachchan in a still from the film (courtesy YouTube)

The Ludo trailer is here and it is pretty mindboggling. Just like the game ludo, the Ludo trailer also shows glimpses of four main characters played by Abhishek Bachchan, Rajkummar Rao, Aditya Roy Kapur and Rohit Saraf. Abhishek Bachchan is a first-time kidnapper, who has to take tips on how to extract ransom from his pint-sized captive. Under what circumstances he decided to take up the kidnapping job is not revealed buy it looks like Abhishek begins to have a good time with the little one. Next up is Rajkummar Rao, who is a waiter at an eatery and is extremely filmy in his mannerisms. He is in love with Fatima Sana Shaikh's character and embarks on a mission to help her husband elope from jail.

Aditya Roy Kapur appears to be a con artist, who tries to impress Sanya Malhotra - they eventually become a team based on the realization that money is the only currency that speaks in today's world. Rohan Saraf and Pearle Maaney also feature as partners-in-crime, literally. Pankaj Tripathi plays a gun wielding antagonist, who in menacing in his manners but encounters a series of misadventures.

Directed by Anurag Basu, Ludo is an ROFL take on butterfly effect, which is a theory that a small change in one part of the world can lead to massive happenings somewhere else. In Ludo, all the characters, following their respective paths in life, are connected through the butterfly effect and that's what forms the mystery element of the trailer.

Watch the trailer of Ludo here. The film also stars names such as Inayat Verma, Asha Negi and Shalini Vats.

Ludo will release on Netflix on November 12.