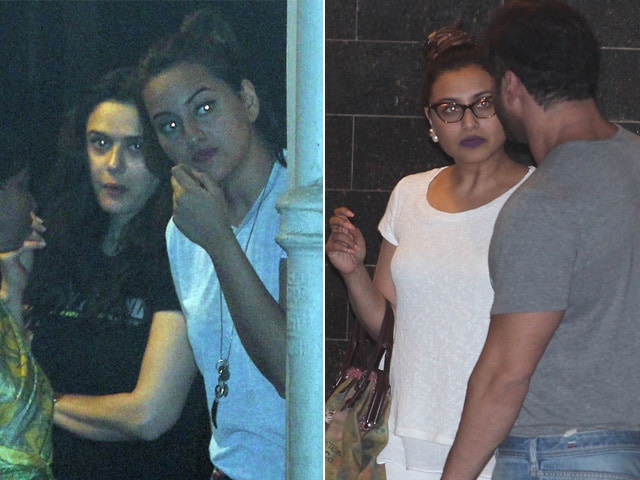 Preity Zinta, Sonakshi Sinha and Rani Mukerji at Galaxy Apartments on May 6.

New Delhi: Actor Salman Khan arrived home from the Sessions Court that convicted him of culpable homicide not amounting to murder on Wednesday to a houseful of celebrity friends. The 49-year-old star of films such as Dabangg and Kick was sentenced to five years in jail for drunkenly driving over five pavement dwellers in 2002, killing one. He was granted bail till Friday by the Bombay High Court. After the verdict was pronounced, co-stars such Preity Zinta, Sonakshi Sinha and Rani Mukerji rushed to the Khan residence in Galaxy Apartments, Bandra. (Also Read: A Day After Verdict, Aamir Khan Visits Salman at Home)

Preity and Sonakshi were among the earliest visitors and stayed till late. The actresses were seen dodging the TV and print crews who had gathered outside the star's home. Preity is Salman's co-star from films like Chori Chori Chupke Chupke and Har Dil Jo Pyar Karega. Sonakshi is one his many proteges, and made her debut in the blockbuster Dabangg. (Blog: Salman Khan is Guilty. Deal With it, Bollywood) 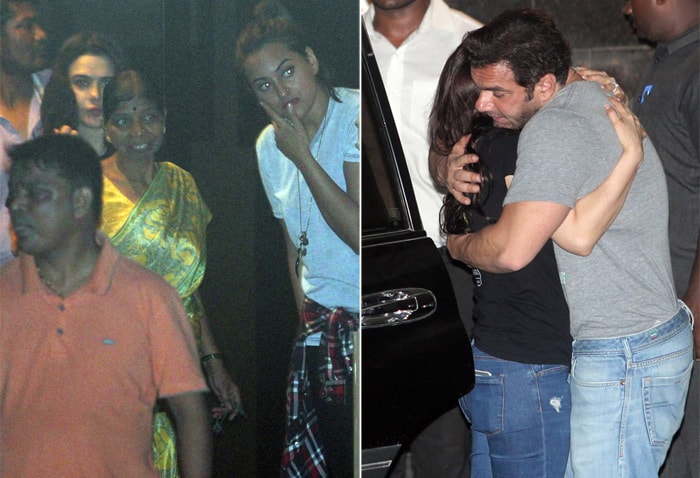 Preity, who Salman often references in his own tweets, tweeted:

Shattered after hearing the verdict. Hope the court sees @BeingSalmanKhan has helped & saved hundreds of people over the years. #beinghuman

A crime is a crime & justice should prevail. There is no denying that & I sincerely sympathize with the victims family. Just hope that the

Sonakshi is known to be close to the Khan-daan and tweeted:

Actress Rani Mukerji, dressed in white, arrived later and was received by Salman's brother Sohail outside the house. 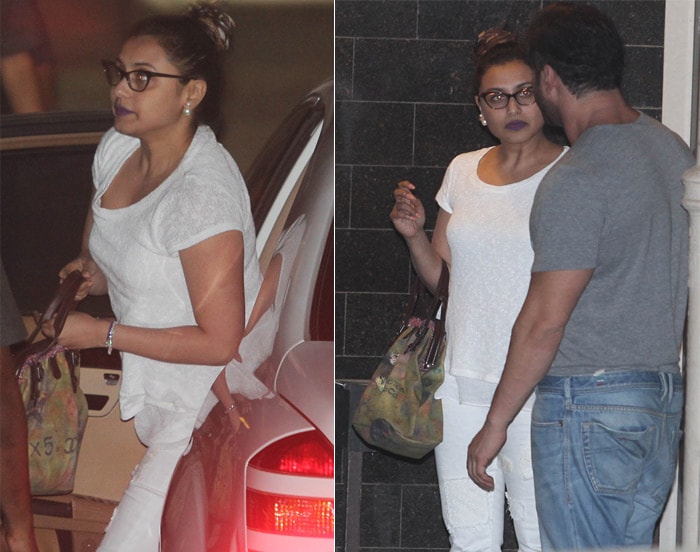 Salman's ex-girlfriend Sangeeta Bijlani, a regular at most Khan family gatherings, was among those who visited Salman's home. (Also Read: Salman Khan Found Guilty, Bollywood Says it Feels His Pain)


Actress Karisma Kapoor, who played Salman's love interest in Andaz Apna Apna and other films, was spotted driving to the actor's home. 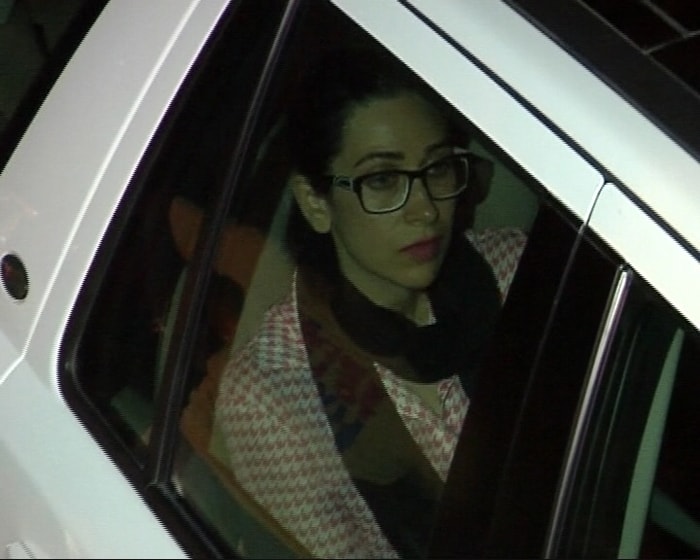 Salman's No Entry co-star Bipasha Basu was also at Galaxy Apartments, as was the actor's close friend Sunil Shetty. 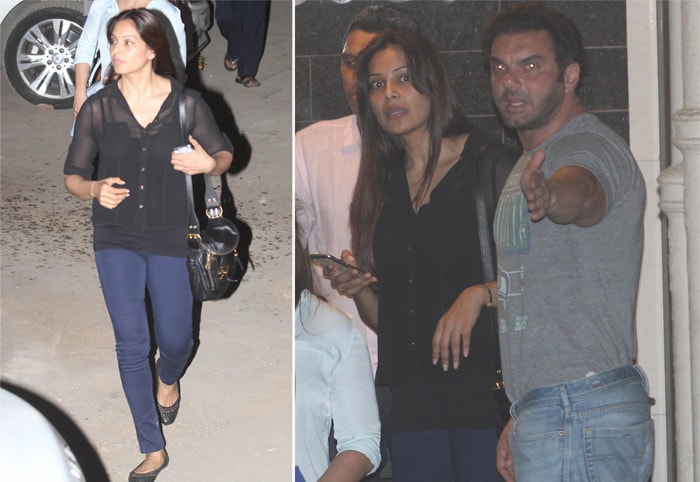 We also caught a glimpse of Salman's Jai Ho co-star Daisy Shah on her way to Galaxy Apartments. 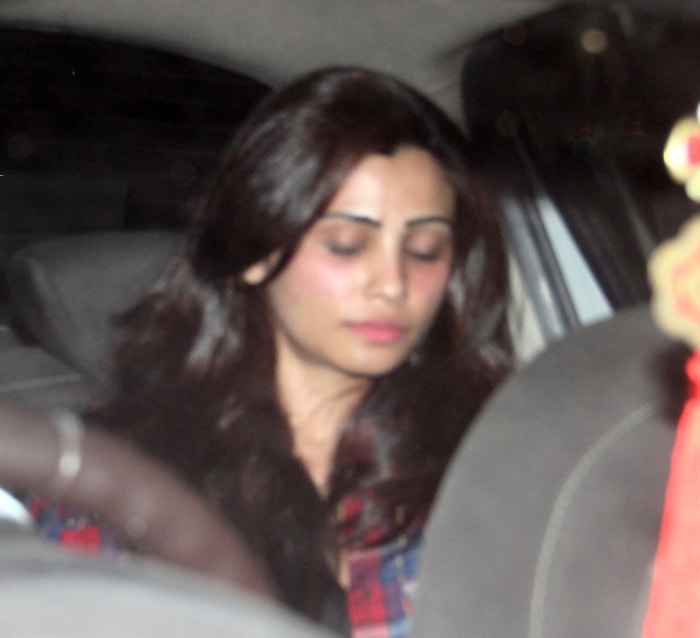 Among the visitors was BJP spokesperson Shaina NC, who received flak for this tweet that she later deleted: "Sad sad sad as we accept the honourable courts verdict only hope and pray fr least sentence @BeingSalmanKhan @khanarpita" (Also Read - With 'Friends' Like These: Pro-Salman Tweets That Triggered Outrage)


Family members rallied around attending to visitors. They included Arbaaz Khan with his wife Malaika and son Arhaan, and Atul Agnihotri who is married to Khan sister Alvira. Salman's other sister Arpita accompanied the actor to court and was spotted at Galaxy Apartments later. 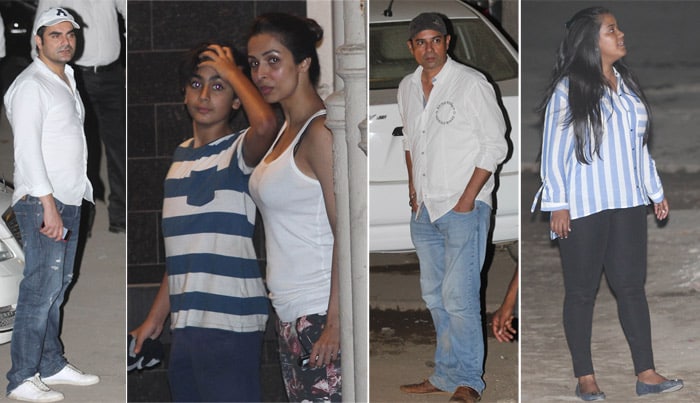 Promoted
Listen to the latest songs, only on JioSaavn.com
Dolly Ki Doli actor Pulkit Samrat, also one of Salman's proteges, was also spotted among the visitors as were actors Sonu Sood and Chunky Pandey. (Also Read - Salman Khan Guilty: What Happens to the Films Worth Rs 200 Crores he's Making?) 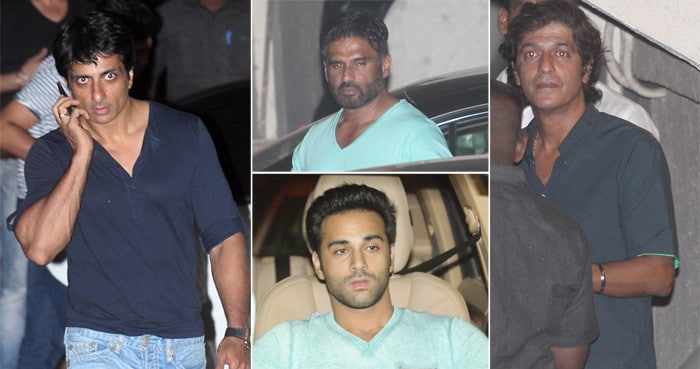 Like many Bollywood colleagues, Pulkit was of the opinion that Salman's stardom went against him during the verdict. He tweeted:

Today I wish he wasn't a superstar. Prejudice. @BeingSalmanKhan