"I'm thankful that Katrina Kaif could accommodate (Bharat) in the middle of whatever she was doing," Ali Abbas Zafar said 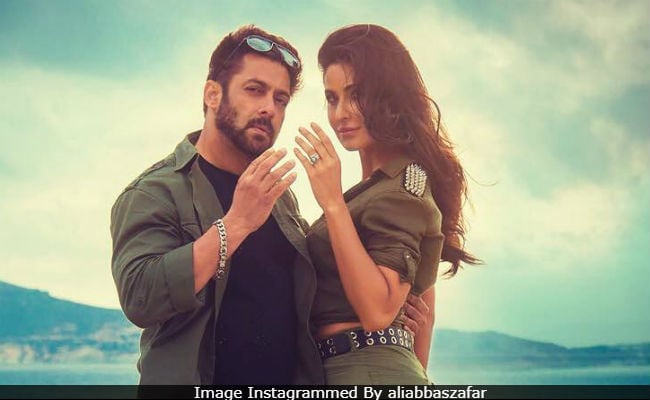 Team Bharat is 'thankful' to Katrina Kaif for signing the film, director Ali Abbas Zafar told Hindustan Times. Katrina was welcomed onboard by Salman Khan (Bharat's lead star) on Monday evening, two days after Priyanka Chopra dropped out of the project. "We're thankful that we had some time in hand. I think Katrina is our best choice, and I'm thankful that she could accommodate (this film) in the middle of whatever she was doing," Ali Abbas Zafar told Hindustan Times. Ali, who has previously directed Salman and Katrina together in 2017's blockbuster film Tiger Zinda Hai, also added that she had 'liked Bharat's script.'

"Katrina is a very big superstar and I've worked closely with her in two films. I shared the (Bharat) script with her and she liked the role," he said. Apart from Tiger Zinda Hai, Katrina had worked with Ali Abbas Zafar in Mere Brother Ki Dulhan while he directed Salman in Sultan.

Asked if someone suggested Katrina's name for Bharat? Ali Abbas Zafar told Hindustan Times, "The way Salman sir's and my vision is, we talk about everything. But he leaves the decision to me. Katrina was solely my decision, only for the reason that I've worked with her in two films, and her work was very nice."

Ali Abbas Zafar had announced Priyanka's exit from Bharat via a tweet posted last week. In his tweet, he mentioned that she had dropped out of the film for a 'very special reason' and she told the team in the 'Nick of time.'

At the same time, international websites reported that Priyanka and Nick had got engaged and he had proposed to her in London. "I haven't given away anything. It's called sense of humour. As I said in my tweet, Priyanka had made a choice, because something very special was coming into her life. With all our heart and happiness and love, we've only wished her happiness," Ali Abbas Zafar told Hindustan Times.

Of Priyanka's exit, he concluded by saying, "It all happened the right way" and team didn't have to "bear any production loss."