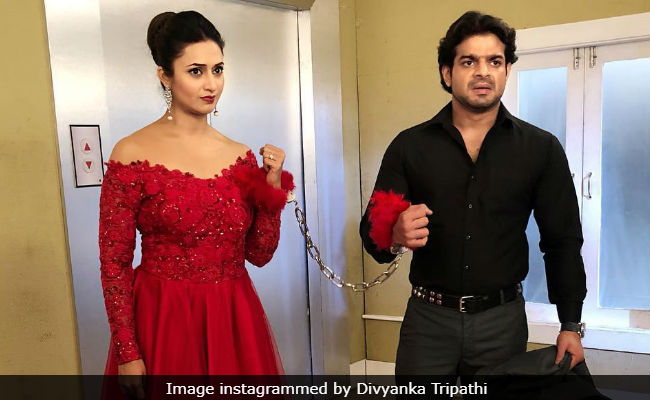 New Delhi: It seems the Internet's has had enough of Ye Hai Mohabbatein, starring Divyanka Tripati and Karan Patel in lead roles, but not producer Ekta Kapoor. After hashtag '#EndYHM' trended on Twitter, Ekta Kapoor told fans that this show won't end anytime soon and asked those who are disinterested to stop watching it instead. "For once I'll say it my friends! Instead of hash tagging #EndYHM stop watching it!! All stories will not go as you wish as an audience!! I love my TV audience, I value your opinion but our creatives work with ratings and TV norms! This is for show fan groups! Love and respect always," she tweeted on Friday.

For once I'll say it my frns!Instead of hash tagging #endyhm stop watching it!!All stories will not go as u wish as an audience !! I love my tv audience I value ur opinion Bt our creatives work with ratings n tv norms! This is for show fan groups!Love n respect always https://t.co/b6YMht9kFt

Hours after this tweet, Ekta shared the link of a BAARC report with her 1 lakh followers, in which the said television show ranked 8th with 4.1 million impressions.

Here are some tweets, requesting Ekta Kapoor to give a dignified end to the show:

I think everyone has seen YHM at a certain point & to me this was the usp. Ruhi & her Ishimaa!
What has become of YHM is honestly appalling! #EndYHMpic.twitter.com/oT2uw9cfai

To just preserve this essence in our hearts ... please#EndYHMpic.twitter.com/9v4sLHGCul

Applause for people trending #EndYHM ! high time shows are given a finite life so they remain memorable rather than a pain, and for ppl laughng, asking to end thier beloved show is not a joke, fangirling is very precious, kisi k waqt pe na hans, waqt badalte waqt nai lagta !

what have you done to Raman? to this beautiful show with a beautiful concept? WE DO NOT WANT THIS! #EndYHM@ektaravikapoor do watch this clip and you'll know what you've done :) @StarPluspic.twitter.com/pIh8ZGNkN0

Promoted
Listen to the latest songs, only on JioSaavn.com
Ye Hai Mohabbatein first aired in 2013 and its original premise was inspired by Manju Kapur's novel Custody. The show began with the story of Ishita and Raman, who get married to retain the custody of the latter's daughter Ruhi, who is emotionally attached to Ishita, who was her neighbour. Eventually, Raman and Ishita fall in love but like every K-soap several twist and turns and year leaps later the story is on a different tangent.

A post shared by Divyanka Tripathi Dahiya (@divyankatripathidahiya) on Apr 12, 2018 at 12:48am PDT

The makers recently introduced a supernatural plot in the story and the current track invokes Ekta's former superhit show Kyuki... Saas Bhi Kabhi Bahu Thi. Ishita has been accused of killing her stepson Aditya (a la Tusli style), which has created a rift between Ishita and the rest of the family.