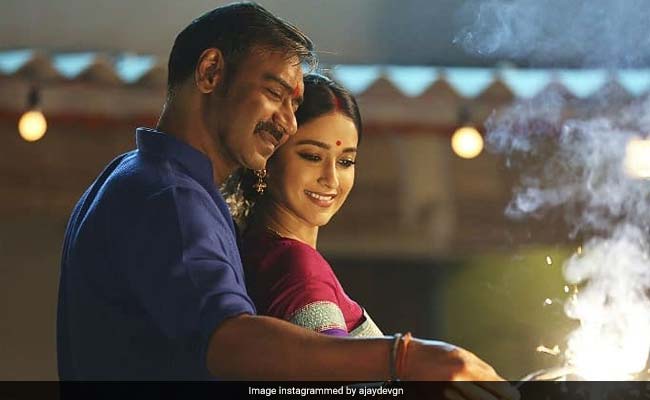 Raid has completed three weeks at the theatres (courtesy )

Mr Adarsh ranked the films which fetched over 100 crores this year in order and no points for guessing that "Padmaavat" tops the list. Ranking second to the Sanjay Leela Bhansali-film is Baaghi 2 while Sonu Ke Titu Ki Sweety took the third spot.

Promoted
Listen to the latest songs, only on JioSaavn.com
In its first week, Raid had made over Rs 63 crores and in doing so, it had taken the second position on the list of movies with highest opening week collections in 2018 only to be replaced by Baaghi 2 a week later. "Padmaavat" still holds the record for highest opening week collections of 2018.

Directed by Raj Kumar Gupta, Raid is based on the true story of the longest Income Tax raid in the history of India. Ajay Devgn co-stars with Ileana D'Cruz and Saurabh Shukla in the film.
Comments
raid100 crore