After Alec Baldwin's Exit From Joker Film,Who Could Fill His Place?

Who are some of the top 25 guys that Phillips might turn to that could play Batman's dad, Thomas Wayne? 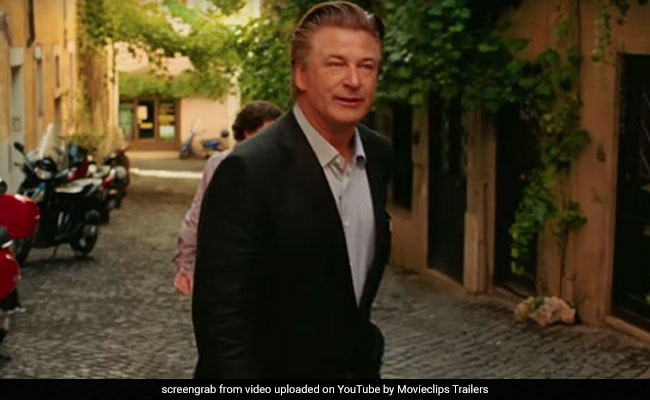 Alec Baldwin in To Rome With Love, directed by Woody Allen (Courtesy YouTube)

First Alex Baldwin was aboard Todd Phillips' forthcoming Joker project, then the actor denied playing a "Trump manque" of a mogul before he bowed out of the film completely this week, citing the old scheduling issues. Said the Oscar-nominated actor to USA Today: "I'm sure there are 25 guys who can play that part."

Which naturally prompts the question: Who are some of the top 25 guys that Phillips might turn to that could play Batman's dad, Thomas Wayne?

Phillips is assembling a fascinating array of names for his cast, with Robert De Niro, Marc Maron and Zazie Beetz starring alongside Joaquin Phoenix's Joker. So the one-time Baldwin role could be an A-lister or a hip-pick wild card. Let's consider just a few such options:

1. Kevin Costner: Amid his TV Westerns and leading big-screen turns, Costner carved out a few days to play Superman's spectral Midwestern pop. Since Phillips's Joker movie lives in a different world than the formal DCEU, why not let Costner do double daddy duty, allowing him to bring some sly side-grin to Phillips' brand of comedy?

2. Jon Hamm: If John Slattery can play a striking father to Tony Stark for Marvel, why not age up fellow Mad Men alum Hamm a bit to play in DC's world? Hamm has said he has been offered multiple superhero roles and rejected such franchise-costume commitments - but a short-term turn might entice if he's allowed to inject some smirking wit.

3. Al Pacino: You want intense from your Bat-Daddy? Let the former Dick Tracy actor dial it up - if only to see him in another scene opposite De Niro, a la Heat.

4. Matt Walsh: As busy as this Phillips film veteran is, the Veep comedian could readily deliver a gravitas-with-a-wink performance to lend the role an offbeat twist.

5. Christopher Plummer: He's as smooth as such Bat-film veterans as Jeremy Irons and Michael Caine. Plus, he's acting's greatest "in case of emergency" fill-in.