After Acting And Singing, Priyanka Chopra Tries Her Hand At Painting 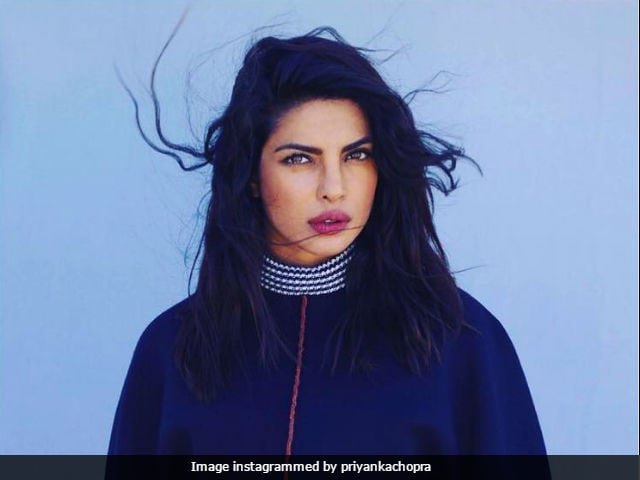 Priyanka is all set to make her Hollywood debut with Baywatch (Image courtesy: priyankachopra )

New Delhi: Actress Priyanka Chopra recently shared her latest passion with her fans on social media. The 34-year-old actress has proved that she can not only act, dance and sing but paint too. Priyanka, who is currently shooting the second season of the American television show Quantico, posted a picture of herself posing with a paintbrush in front of a canvas. Priyanka, who was tutored by her co-actors Yasmine Al Massri and Michael Desante, captioned the image as: "Sunday shenanigans.. thank u @jazmasri @mdesante for the lesson!! #paintingisfun (sic)." Priyanka portrays the role of Alex Parrish, FBI-recruit-turned CIA agent in the show. The show earned her the People's Choice Award for two consecutive years.

In a recent poll conducted by website Buzznet, Priyanka Chopra has been voted as the world's second most beautiful woman. Priyanka Chopra, who has become quite popular in the West, is all set to make her Hollywood debut with Baywatch, directed by Seth Gordon. The film, which is slated to release in theatres on May 26, will see the Fashion actress portray the role of the main antagonist Victoria Leeds. The film also stars Dwayne Johnson, Zac Efron, Alexandra Daddario, Kelly Rohrbach, Jon Bass, Ilfenesh Hadera, Yahya Abdul-Mateen II, David Hasselhoff and Pamela Anderson.

Promoted
Listen to the latest songs, only on JioSaavn.com
The entire cast of the film attended the Cinemacon held in Las Vegas on March 29 to promote their upcoming film. Priyanka Chopra shared several images and videos from the event on social media.

Priyanka Chopra is now quite regular on international talk shows such as - The Ellen Show, The Tonight Show With Jimmy Fallon, Jimmy Kimmel Live and The Late Show with Stephen Colbert. She was also a spotted at the Oscars and Golden Globes this year.