Aditi Rao Hydari: Working With Sanjay Dutt Has Been An Amazing Experience 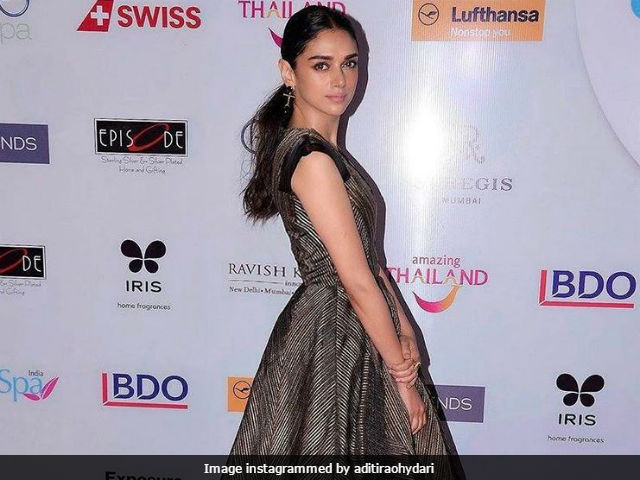 New Delhi: Actress Aditi Rao Hydari, who will be seen portraying the role of Sanjay Dutt's daughter in Bhoomi, told news agency IANS that it was 'super amazing' to work with the 57-year-old actor. The film, directed by Omung Kumar, is scheduled to release in theatres on August 4. Speaking about her journey during the filming of the movie, the 30-year-old actress said:"Bhoomi is going great. It has been very intense. It is a difficult film but at the same time it has been amazing. Working with Sanjay Dutt has been an amazing experience; I'd say super amazing experience. The team I am working with is really great. The work we are doing is tough, yet amazing."

Recently, Sanjay Dutt injured himself during the shoot in Chambal. He was shooting an action sequence when he hurt himself in the rib cage. Speaking about the incident, Aditi Rao Hydari told IANS: ""He was injured, but Sanjay is a real hero. When he got hurt, the next minute he was up and finishing the shoot. He was shooting an action scene. He is really amazing. He shot an entire action scene in just one take. We have just finished one schedule and soon will start the rest of it."

Bhoomi is Sanjay Dutt's first film after he completed his five-year jail term in February 2016. The film, which tells a story of a father-daughter relationship, also features Sidhant Gupta in a pivotal role.

Promoted
Listen to the latest songs, only on JioSaavn.com
Aditi Rao Hydari is currently prepping up for the release of her film Kaatru Veliyidai in which she will be seen romancing Tamil actor Karthi. The film, directed by Mani Ratnam, is slated to release on April 7.