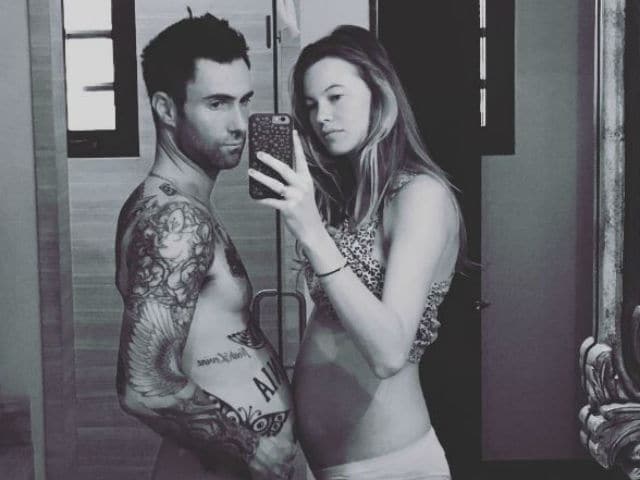 This image was posted on Instagram by Adam Levine

The baby is the couple's first child together after two years of marriage. They have named their new-born baby Dusty Rose Levine, reported People Magazine.

The 37-year-old Sugar singer is currently taking a break from his tour with Maroon 5 to be with his wife and their baby.

The band recently cancelled their September 19 concert in Hartford, Connecticut and moved back several shows from late September this year to February and March in 2017.

Promoted
Listen to the latest songs, only on JioSaavn.com
"I wanted to reach out to you personally and let you know that I apologize for the recent development in our tour where we had to cancel some shows," Adam had said. "Sadly, it's just kind of par for the course. I'm having a baby soon, and we wanted to make sure we could do whatever we could to make it as smooth as possible. Unfortunately, it's life and it's beautiful but it can be complicated and I apologize for any inconvenience."