Sai Pallavi said: "This is Indian colour. Africans have their own colour too and they are beautiful." 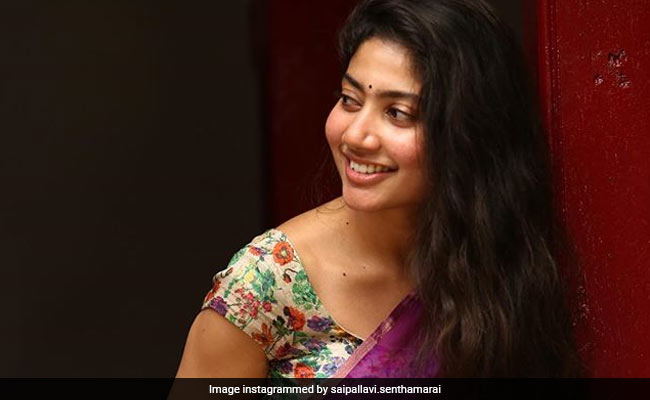 South actress Sai Pallavi confirmed that she rejected a Rs 2 crore advertisement deal with a fairness cream brand a while ago and in a recent interview she explained her decision saying that this "is Indian colour," reported media websites such as HuffPost India, Pinkvilla and Indian Express. Sai Pallavi, best-known for her role in 2015 film Premam, gave the interview to Telugu website Behindwoods, which HuffPost India translated as: "This is Indian colour. We can't go to foreigners and ask them why they're white, and if they know that they will get cancer because of it. We can't look at them and think we want that. That's their skin colour and this is ours. Africans have their own colour too and they are beautiful."

"What will I do with the money I get from such an ad? I'll go home and eat three chapatis or rice, go around in my car. I don't have other big needs. I see if I can contribute to the happiness of people around me or if I can say that these standards we see are wrong," Pinkvilla and Indian Express quoted her as saying.

Sai Pallavi is among Indian celebrities to publicly challenge the notion that fair skin equals beautiful. Actress Kangana Ranaut also reportedly refused to endorse a fairness product some years ago; actor Abhay Deol has called out colleagues such as Shah Rukh Khan and Sonam Kapoor for advertising fairness creams; filmmaker-actress Nandita Das runs a 'Dark is Beautiful' campaign and told news agency IANS: "Women suffer from such low self-esteem due to these ads (about fairness products)... It's actually telling you, 'You are not good enough, you can't get a lover, a husband, a job, you are going to make your parents sad'. It's like the dooms-day. The messaging is actually very dangerous."

In the interview, Sai Pallavi recounted a childhood incident in which she "tricked" her sister into eating fruits and vegetables by telling her that it would "give her a fair complexion." She said: "I told her that if she wanted to become fair, she should eat fruits and vegetables. And she did... I felt very bad about that, the impact it had on a girl five years younger than me."

Sai Pallavi was last seen in Athiran and she will be next seen in Selvaraghavan-directed NGK, co-starring Suriya.