Actor Dulquer Salmaan On How He Met His Wife Amal

"Since I was bumping into her often unknowingly, I somehow felt it could be some celestial sign that I should get married to her," said the actor 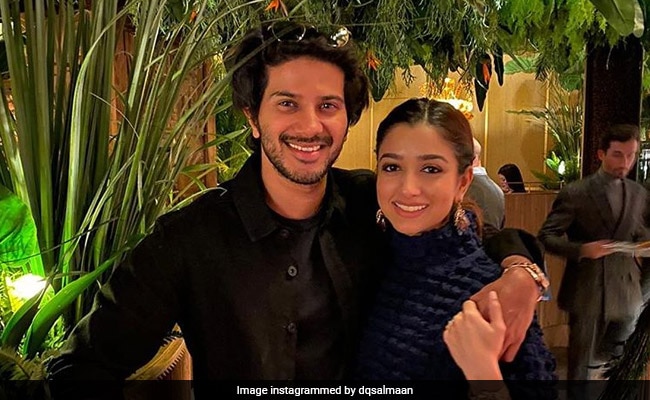 Did you know that Dulquer Salmaan and his wife Amal's marriage is "love-cum-arranged"? The actor, in a recent interview with Deccan Chronicle, revealed how he met his wife for the first time and how their families agreed for their marriage. The actor said: "After I returned from the US where I was finishing my studies, my folks were keen on getting me married. My friends and family suggested the name of one of my schoolmates who was five years my junior. My friends started matching her bio-data with mine. Now, it so happened that on most of my outings, I would notice the same girl there as well. Or at times when I decided to watch a movie, surprisingly, she would also be there watching that same movie and the same show. Since I was bumping into her often unknowingly, I somehow felt it could be some celestial sign that I should get married to her."

Dulquer added that when he gathered the courage to approach Amal, he invited her on a coffee date. "I informed my parents about this girl. Both the families met and connected immediately. So I can say it is a love-cum-arranged marriage," said the actor, adding: "We have a two-and-a-half-year-old daughter who is very talkative. She entertains the entire family throughout the day."

Dulquer Salmaan and Amal got married in a private ceremony in Chennai in 2011. They welcomed daughter Maryam in May 2017.

In the same interview, Dulquer also spoke about his wife's reaction to all the female attention he gets on social media. When asked if Amal feels insecure about his female fan following, the actor told the publication: "No, not at all. Sometimes I also tell her to comment for me, but it's like ghar ki murgi dal barabar. However, my wife is very secure."

On the work front, Dulquer Salmaan was last seen in Tamil film Kannum Kannum Kollaiyadithaal. He has featured in a number of Tamil, Telugu and Malayalam films like Pattam Pole, Samsaaram Aarogyathinu Haanikaram, Vikramadithyan, Nadigaiyar Thilagam, CIA (Comrade In America) and Varane Avashyamund among others. He made his debut in Bollywood with Abhishek Sharma's The Zoya Factor, in which he co-starred with Sonam Kapoor.