AbRam's Not Loving the Shah Rukh, Kajol Jodi. Here's Why 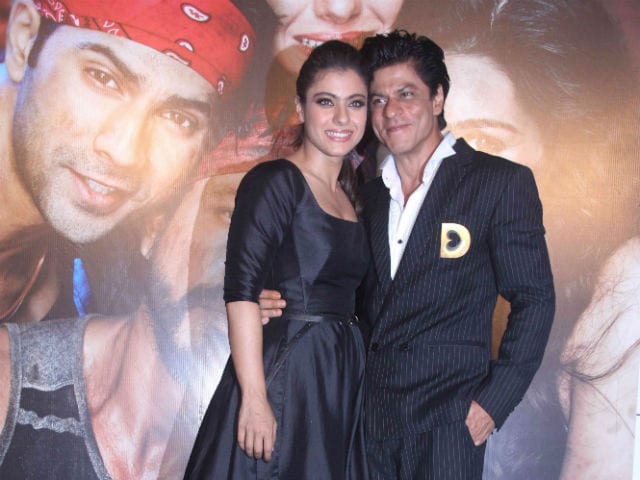 Kajol and Shah Rukh Khan photographed at the trailer launch of Dilwale in Mumbai.

Mumbai: Actor Shah Rukh Khan said that his son AbRam doesn't like his pairing with Kajol.

Shah Rukh and Kajol will soon be seen in Rohit Shetty's Dilwale, which reunites them after 2010's My Name Is Khan.

Dilwale also features Varun Dhawan and Kriti Sanon. The team launched the trailer of the film in Mumbai on November 9.

"Rohit shows us whatever we shoot every day. There was a scene where I get hurt. AbRam felt that it was because of Kajol that I got hurt. He was disturbed by it. He looked at Kajol and said 'papa tuth gaya.' I think our milan was not good for him," said Shah Rukh.

"I have been told not to tweet his pictures. He is getting more famous than me," added Shah Rukh.

"We don't take ourselves seriously. We just have fun. We are good friends and this shows on screen," said Kajol.

Rohit recreated the train sequence from Dilwale Dulhania Le Jaayenge in Chennai Express. When Shah Rukh was asked whether Dilwale will have any references from his previous films with Kajol, he said: "What bigger reference do you need than Kajol and me being in the film. We both feel honoured to be a part of good films and working with good directors. Whenever I meet Rohit and Aditya Chopra, they both talk highly about each other. They respect each other's work. We had the train sequence in Chennai Express as a fun element."

"We always have a great time working with each other," said Kajol.Dilwale will release on December 18.