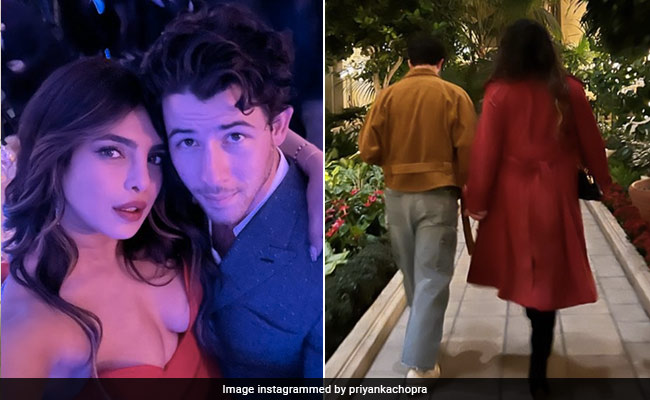 Priyanka Chopra, on Sunday, posted an adorable picture on her Instagram stories, enjoying a walk with her husband, Nick Jonas, in Las Vegas. The actress, who recently returned to the US from her week-long trip to India, joined her husband Nick and his brothers Joe and Kevin, who are performing in the city. Priyanka shared a photo in which they can be seen enjoying a romantic walk in the night. Sharing the post, she wrote, "Vegas nights with bae" In the photo, we can see their backs, Priyanka opts for a red overcoat paired with black boots, while nick can be seen in a yellow jacket and jeans paired with white sneakers. 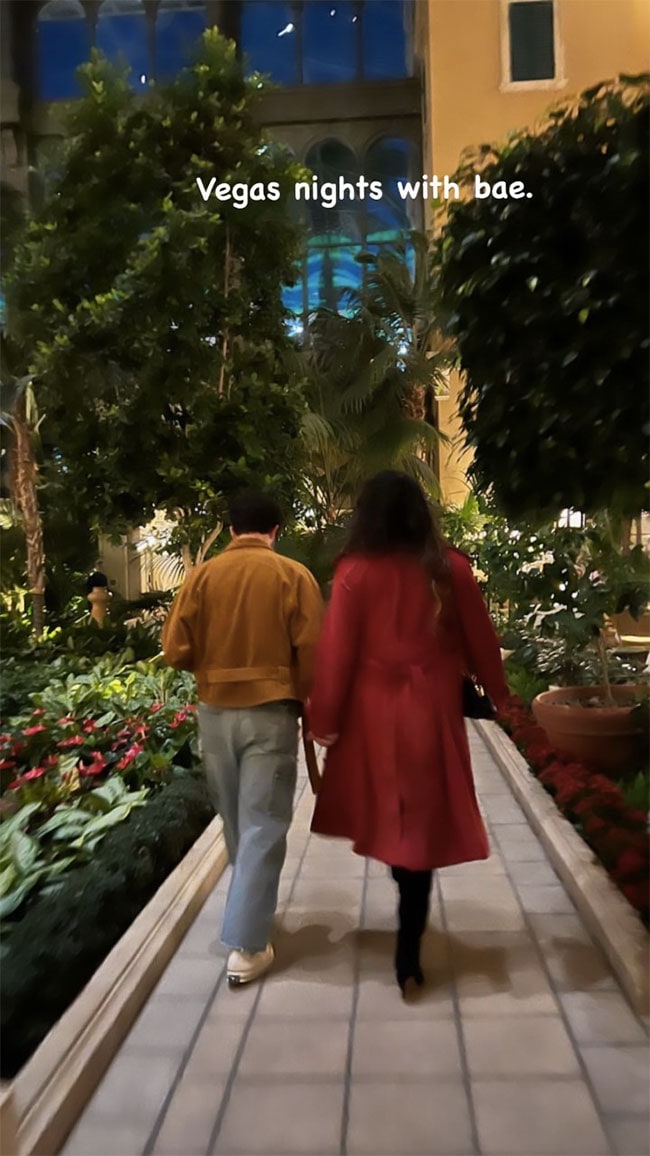 After returning to Los Angeles, Priyanka Chopra shared a picture in which she can be seen playing with her daughter Malti Marie Chopra Jonas while Nick Jonas adorably looks at them.  In the caption, she wrote, "Home," followed by a heart emoticon.

Earlier this month, Priyanka Chopra arrived in Mumbai after almost three years. The actress was in India to promote her haircare brand. Soon after she checked in the city, she shared a post and captioned it as "Home. Looking forward to the next few days"

Priyanka Chopra's pit stopped at an "old haunt" Marine Drive. "Pit stop at an old haunt.... Even if just for a minute #IYKYK Mumbai, I've missed you! Now back to work with," read the caption. Check out the post below:

Also, the actress visited her hometown Lucknow on field trips for UNICEF. Check out the post below:

Meanwhile, on the work front, Priyanka Chopra will be next seen in It's All Coming Back To Me, Citadel and Jee Le Zaraa.