"No celebration is complete without you," wrote Farhan Akhtar 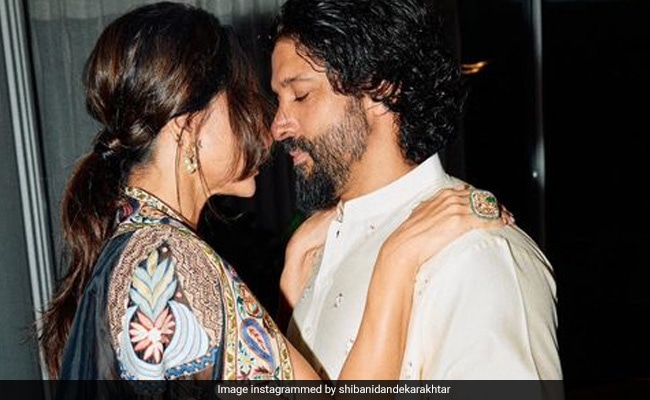 Shibani Dandekar and Farhan Akhtar are legit couple goals. The star couple shared mushy set of pictures from their Diwali festivities on their respective Instagram handles on Friday. Shibani Dandekar captioned the post: "Dreamy nights with my guy." Meanwhile, Farhan Akhtar wrote this while sharing pictures with Shibani. "No celebration is complete without you." He added the hashtags #diwali and #aboutlastnight. The pictures are the definition of adorable. Shibani Dandekar married Farhan Akhtar in February this year. Their wedding was attended by family members and close friends.

See the photos shared by the star couple here:

Shibani, sharing a glimpse of her OOTD, designed by Anamika Khanna and she wrote: "Starry Diwali nights."

Farhan Akhtar too shared pictures of his festive outfit and wrote: "Diwali celebrations are a go. #aboutlastnight."