"Thank you my big brother. Love you," wrote Riteish 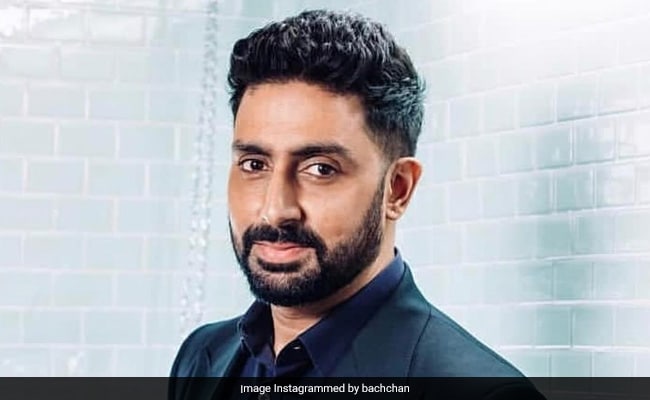 Abhishek Bachchan's impressive sense of humour needs no introduction. The 43-year-old actor impressed us yet again with his recent tweet. On Friday, a fan shared a screenshot of the actor's lookalike that he spotted in the trailer of Marjaavaan and wrote: "Good to see Abhishek Bachchan in a movie after a long time." The Guru actor was amused to see the tweet and added a dash of his signature humour. He wrote: "Thank you. Went full beast mode in the gym for this one." However, he later clarified that the man in the aforementioned post wasn't him and added, "But wish the entire team of Marjaavaan all the best. Looking great."

Thank you! Went full #beastmode in the gym for this one.
Jokes apart. That's not me!
But wish the entire team of #Marjaavaan all the best. Looking great. @Riteishd@SidMalhotra@zmilap@nikkhiladvanihttps://t.co/YIySCIt7hJ

Meanwhile, Riteish Deshmukh, who features in Marjaavaan and has co-starred with Abhishek in films like Housefull 3 and Bluffmaster!, thanked the actor for his kind words. "Thank you my big brother. Love you," he tweeted.

The trailer of Marjaavaan released on Thursday and it went insanely viral. Other than Riteish, the film also features Sidharth Malhotra, Tara Sutaria and Rakul Preet Singh. Directed by Milap Zaveri and co-produced by T-Series and Emmay Entertainment, the film is slated to release on November 8.

Coming back to Abhishek Bachchan - the actor was last seen in Anurag Kashyap's 2018 film Manmarziyaan, co-starring Taapsee Pannu and Vicky Kaushal. Abhishek will next be seen in Gulab Jamun, co-starring his wife Aishwarya Rai Bachchan, which will also be backed by Anurag Kashyap.