Abhishek Bachchan Roped In For Director Nishikant Kamat's Next Venture 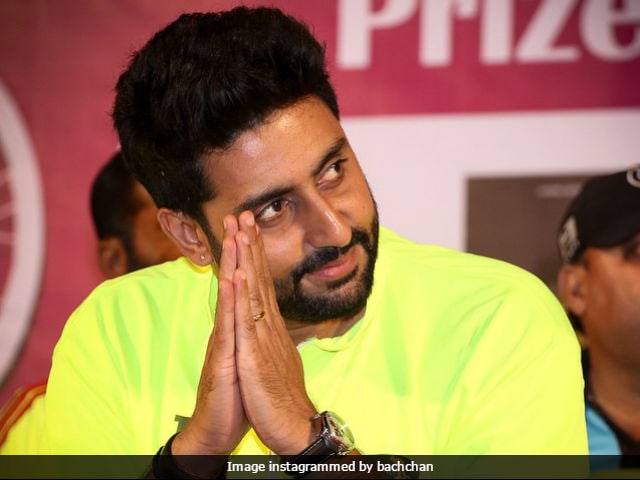 New Delhi: Abhishek Bachchan, who was last seen in Sajid-Farhad's movie Housefull 3, has now been roped in for director Nishikant Kamat's next venture, reports news agency PTI. The film, which will be a thriller drama, will be produced KriArj entertainment and Kyta Productions. "Abhishek has loved the idea and he is charged up for this film as he has never tried his hands at thriller films. There is no specific prep work required for the film. The shoot for the film will begin from May this year and hopefully the film will release during winter. The film will mostly be shot in two schedules," a source close to the project told PTI.

Filmmaker Nishikant Kamat is known for his movies such as - Mumbai Meri Jaan, Drishyam, Rocky Handsome and Madaari.

Recently, India Today reported that Abhishek Bachchan has also been approached by Anurag Kashyap to star in his next project along with his wife, Aishwarya Rai Bachchan. The film, titled Gulab Jamun, is a romantic comedy. Abhishek Bachchan, who got married to Aishwarya Rai in 2007, has co-starred with her in films such as - Dhoom 2, Dhai Akshar Prem Ke, Guru, Kuch Naa Kaho, Umrao Jaan ,Sarkar Raj and Raavan.

Promoted
Listen to the latest songs, only on JioSaavn.com
Abhishek Bachchan, last seen in the 2016 movie Housefull 3 co-starring Akshay Kumar, Riteish Deshmukh, Jacqueline Fernandez, Nargis Fakhri, and Lisa Haydon, will next be seen in