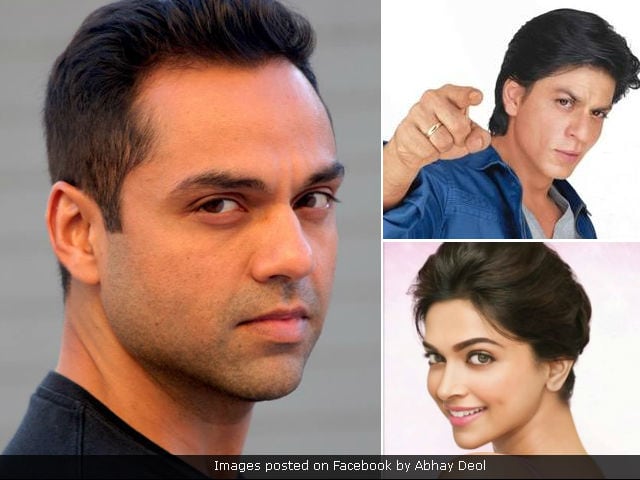 New Delhi: Actor Abhay Deol went on a midweek offensive against some of his most famous colleagues, among them Shah Rukh Khan and his Aisha co-star Sonam Kapoor, with a series of Facebook posts on celebrities who advertise fairness creams. The 41-year-old star of films like Dev D and Zindagi Na Milegi Dobara collated print ads featuring the actors and posted them with sharp notes on the product advertised and the method employed. In Abhay's line of fire: John Abraham holding a graded shade card against his cheek, Ileana D'Cruz in what Abhay says is a photoshopped picture (we have to agree), Vidya Balan in an ad that asks if one is 'fair from within,' Shahid Kapoor in a before-after image, Deepika Padukone selling a cream that appears to have lightened her eyes as well as skin, a rather grimy Sidharth Malhotra, Sonam peddling L'Oreal and Shah Rukh Khan urging manliness by picking a fairness cream meant for the male of the species.


In response to 'a comment made by a politician' (not named but clearly BJP leader Tarun Vijay who recently explained to us that India is not racist because "we live with South Indians"), Abhay Deol captioned a picture of actress Nandita Das advocating her 'Dark is Beautiful' campaign: "Silly Nandita trying to teach us that Black is also beautiful. Doesn't she know that we already know that? Why else would we be so accepting of people from the south*? What's that? She's from Orissa? Can we include that in the southern belt of states?"

Promoted
Listen to the latest songs, only on JioSaavn.com
Did we say final? No - there was also a shout out to actors like Kangana Ranaut who have refused to endorse fairness products.

Abhay Deol's posts have been inundated with likes and comments, mostly agreeing with him.