Aamir to Hold Exclusive Screening of PK for Shah Rukh and Salman? 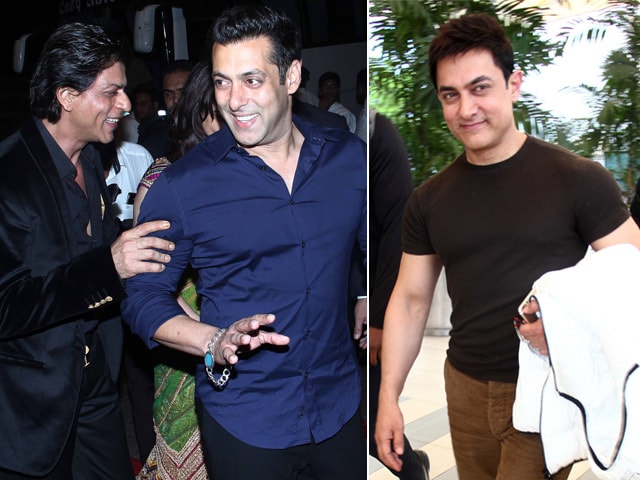 A source close to the film confirms the news.

Mumbai: If the recent patch-up between Shah Rukh Khan and his frenemy Salman Khan made your eyes pop, brace yourself for the latest buzz in the industry. Sources say Aamir Khan is planning an exclusive screening of his Christmas release, PK, for bete noire Shah Rukh Khan as well as bestie Salman Khan.

The three Bollywood superstars had a reunion of sorts at a TV talk show's anniversary celebrations on Tuesday and were seen poking fun at each other and shaking a leg, too.

A source says, "Aamir wants to show the first copy of his film to Salman and SRK and has already told the production to arrange a screening. Aamir is looking forward to their reaction and feedback."

Promoted
Listen to the latest songs, only on JioSaavn.com
A source close to the film confirms the news. "Yes, Aamir has planned a special preview for them. During their recent meeting, the three of them had a long discussion over PK. Both Salman and Shah Rukh expressed their wish to watch the film and so, a screening will be held for them within a fortnight," the source adds.