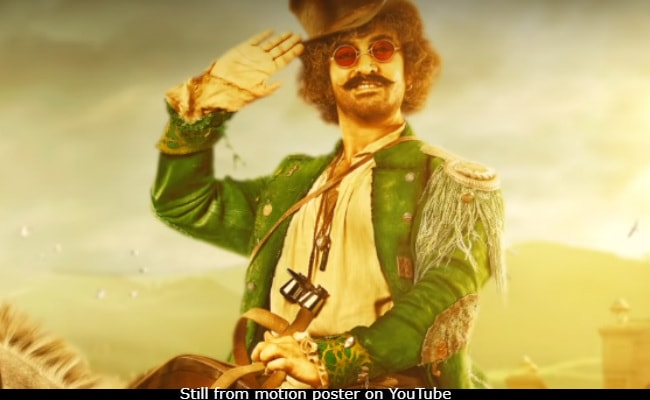 Aamir Khan as Firangi from Thugs Of Hindostan (courtesy YouTube)

Those who were waiting to scrutinise Aamir Khan's look from Thugs Of Hindostan is making 'Firangi' trend on Twitter - that's the character Aamir plays in the movie. A quick glance at Aamir's 'thug' life has reminded Twitter of yet another seafarer - it's none other than Johnny Depp's Jack Sparrow from Pirates Of The Caribbean. Twitter has now assigned Firangi from Thugs Of Hindostan the title of "desi Jack Sparrow", as is mentioned in a few tweets: "There comes desi Jack Sparrow Aamir Khan," reads one while another says Aamir is "Gareebon ka Jack Sparrow." Meanwhile, a fan tweeted: "Meet our very own Jack sparrow. Aamir Khan as Firangi."

However, not everybody did let the matter rest after pointing out the similarities. A section of Twitter was clearly not impressed with how Firangi resembles Jack Sparrow. "A child can see similarity between Aamir Khan's character in Thugs Of Hindostan and Jack Sparrow. Excitement gone kaboom. Another copy or as they say 'inspired'," wrote a user.

Check out Aamir as Firangi here and then Twitter's reaction below:

A child can see similarity between Aamir Khan's character in #ThugsOfHindostan and Jack Sparrow. Excitement gone kaboom. Another copy or as they say 'inspired'.

Meanwhile, Twitter will never let a chance to troll a celebrity slip away, which explains the tweets mentioned below.

While some may not be impressed with Aamir's new look, many on Twitter are cheering for his unique Thug-special get-up: