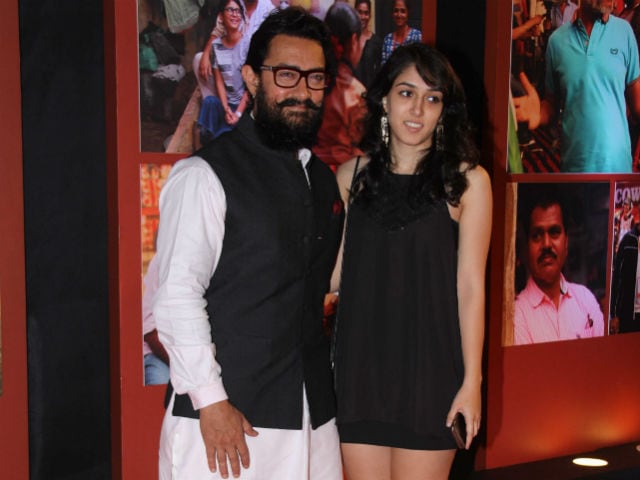 New Delhi: Aamir Khan's daughter Ira Khan is all set to assist music composer Ram Sampath, reported DNA. The report stated that Ira, 20, had an inclination towards music right from childhood. "Though Ira was inclined towards music since childhood, it was not something she wanted to explore, so far. But now, she wants to see the creative, production and management side of music, for which she will be joining Ram," DNA quoted a source as saying. Ira is Aamir's daughter with former wife Reena Dutta. Ram Sampath has composed music for Aamir's past projects like Delhi Belly and Talaash. He was also associated with the 51-year-old actor's television show Satyamev Jayate.

DNA further quoted the source as saying, "Ira chose to assist Ram because she feels comfortable working under him as she always liked his music. Her favourites are songs from Talaash that featured her father and Ambarsariya from Fukrey.

Promoted
Listen to the latest songs, only on JioSaavn.com
Aamir is yet to comment on his daughter's new stint. However, he had earlier said that he would be happy if Ira joins Bollywood, and says he has no intention of imposing his decision on his children. He earlier told IANS, "I am a very relaxed parent and believe in trusting my children and in teaching them what I know and what I have learnt in life. Then I trust them to take the right decisions in their life."

Meanwhile Aamir, who last featured in the sports biopic Dangal will next be seen in Thugs Of Hindustan, co-starring Amitabh Bachchan. Dangal made over Rs 385 crore at the box office and still counting. Thugs Of Hindustan is helmed by director Vijay Krishna Acharya, with whom Aamir worked in Dhoom 3.