Aamir Khan's Daughter Ira Wanted To Cast Sarika In Her Play. Instead, She's Producing It

Sarika said, "Ira is like my own baby. So, I was more than happy to be a part of it." 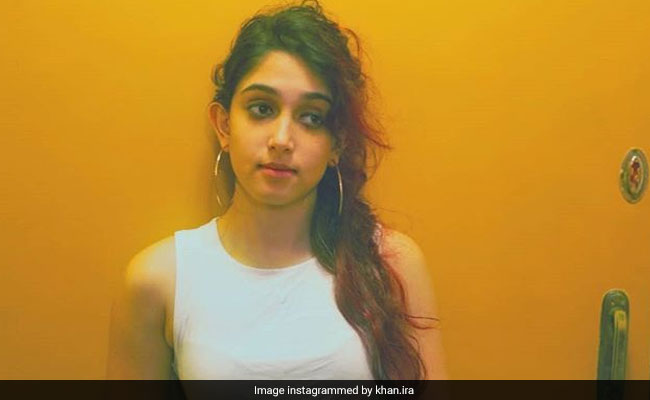 Actress Sarika, who recently started her production company NautankiSa Productions, told news agency IANS that Aamir Khan's daughter Ira wanted to cast her in her work-in-progress play Euripides' Medea but instead she offered to produce the play. Sarika said that Ira Khan is 'like her own baby' and she wanted to be a part of Ira's play, her first as a director. Sarika also said that she was impressed by Ira's 'vision of the play.' She told IANS: "We were already in producer mode as we were working on a Hindi play. It was then that Ira called me and said she wanted me to act in her play. I didn't want to act so instead I offered to produce it. Ira is like my own baby. So, I was more than happy to be a part of it. Also, I was impressed by her vision of the play and was confident about her as a director."

Sarika co-owns NautankiSa Productions with her friend Sachin Kamani and her younger daughter Akshara. Sarika is actor Kamal Haasan's ex-wife and they are parents to daughters Shruti and Akshara - both of them are also actors.

Sarika was last seen in 2016 film Baar Baar Dekho as Sidharth Malhotra's onscreen mother and the actress said she took a break from films as she wasn't being offered 'exciting scripts and roles.' She said, "There were no exciting scripts and roles being offered and instead of complaining and waiting for a good script, something we actors usually end up doing, I thought taking a break was a better idea."

She also told IANS that she wanted to experiment outside the genre of films. Therefore, she chose theatre. "To do something I had not done before and that new space was theatre, something I have always loved but only as an audience. Unlike films, in theatre I was the outsider and today after two and a half years, I am part of the theatre family in a small way and so happy. It is one of my good calls," said Sarika.

Meanwhile, Ira Khan is also directing a music video apart from Euripides' Medea. She recently featured in headlines for her quirky photoshoot.