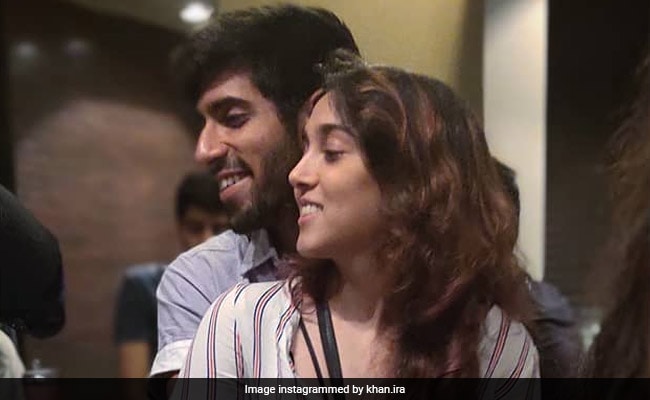 Aamir Khan's daughter Ira Khan, who is dating Mishaal Kripalani, recently talked about her relationship status and said that she was "not trying to hide anything," reported news agency IANS. The 23-year-old who made it Instagram official with Mishaal last year, told IANS: "I wasn't trying to be open about it. I was just posting what I felt like posting. I try and keep my account pages as real as I can. And that is what I felt like posting and so I posted it."

When asked about her decision to be open about her relationship, Ira said, "It depends on the kind of person you are. If you feel like being open about it, you should be open about it, and if you don't, then don't. I was not trying to be open, but I was also not trying to hide anything." Last year, As a part of Instagram's 'ask me a question' feature, a fan asked Ira: "Are you dating someone," to which Ira replied by posting a picture and she tagged Mishaal Kirpalani.

Mishaal Kirpalani frequently makes appearances on Ira's Instagram profile. Take a look at some of the posts here:

Ira Khan made her directorial debut with a theatrical adaptation of Euripides' Medea, which featured Hazel Keech in the titular role. It premiered in different cities across India in December last year.

Ira is the younger of Aamir Khan's two children with his first wife Reena Dutta. Ira has studied music, while her brother Junaid often assists his father in filmmaking. Aamir Khan is now married to filmmaker Kiran Rao and the couple are parents to eight-year-old son named Azad.