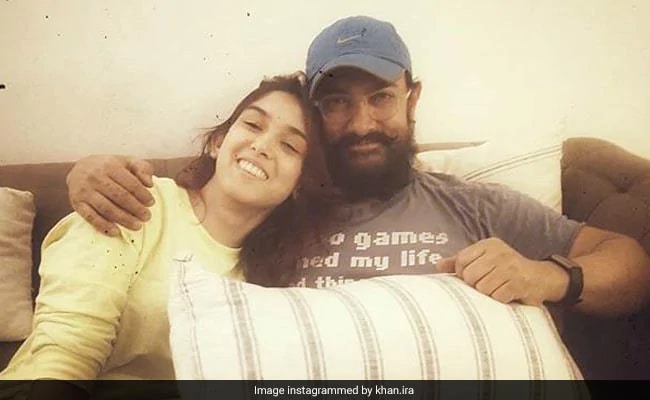 Aamir Khan is a "proud" father and he has all the reasons to be one. The Thugs Of Hindostan actor wished his daughter Ira Khan luck on her debut project as a director. On Saturday night, the 54-year-old actor shared a poster of the play Medea, directed by Ira Khan, on his Twitter profile and he wrote: "Break a leg, Ira. Proud of you. Love." Ira's theatre production Medea is the Indian adaptation of Euripides' Greek play of the same name. Hazel Keech plays the titular role in the play. The production will be showcased across several cities pan India and it is scheduled to premiere in December 2019 and it has been produced by Sarika's production company NautankiSa Productions.

Break a leg Ira. Proud of you .
Love.
a. pic.twitter.com/ebh6iAfJcn

Ira Khan announced the news of Hazel Keech's association with the project in the most interesting way. Ira shared a picture, in which she bent down on one knee as she offered the script to Hazel and the rest is history. Ira Khan wrote: "She said yes. It's amazing to get to work with you as a friend but more importantly as an actor, I can't wait to see what we make."

Ira Khan is the daughter of Aamir Khan and his first wife Reena Dutta. She has also cast her brother Junaid Khan in the play but she hasn't revealed which character he'll play. The principal cast of Medea also includes Varun Patel (The Idiot), Sabreen Baker (Budhia Singh: Born to Run) and Divyesh Vijayakar.