Ira Khan is making her debut as a director with the theatre production of Medea. 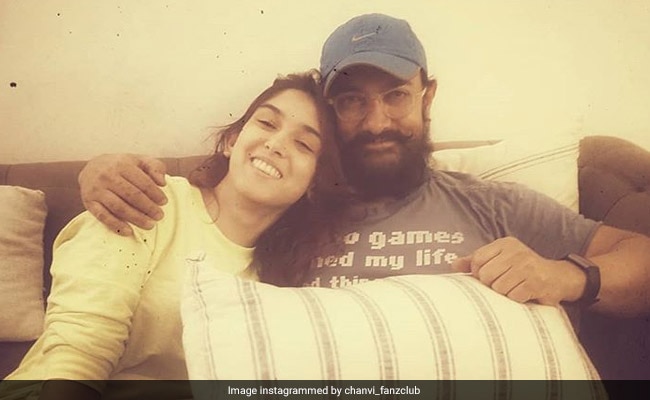 "It makes me have to get over myself (which is great). Sometimes I manage, sometimes I don't. I'm working on it. The key is participating," Ira Khan added.

I'm not very good at acting. I'm shy. And its something I never bothered to work on because I didn't want to act. Turns out.. You need to act from time to time if you want to direct. Or be able to, willing to or, at the very least, understand how it works. It makes me have to get over myself, (which is great). Sometimes I manage, sometimes I don't. I'm working on it. The key is pariticupating. . . . #medeatheplay #nautankisaproduction #presentedbyentropy #theatre #theatredirector #mumbaitheatre #bangaloretheatre #thisdecember #comingsoon #medea #directing #directorialdebut #director #acting #actingfordirectors #rehearsal #understudy #perform #letgo #participate #comfortzone #getoveryourself #bewilling #allow #flow #drama #bedramatic #nahi #headflip #melodrama

Ira Khan is the daughter of actor Aamir Khan and his first wife Reena Dutta. For Medea, Ira Khan chose actress Hazel Keech for the titular role while her brother Junaid Khan is also a part of the principal cast along with Varun Patel (The Idiot), Sabreen Baker (Budhia Singh: Born to Run) and Divyesh Vijayakar.

Earlier this year, Ira Khan trended for a quirky photoshoot after which she announced her directorial ambition. Aamir Khan had also said that his son Junaid is also more interested in theatre than in films.