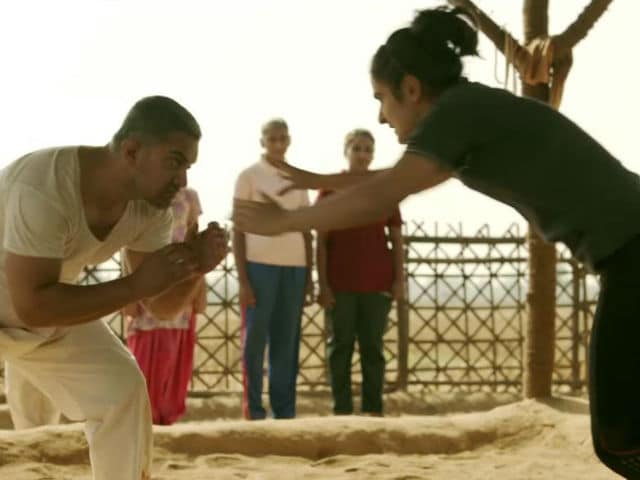 A still from Dangal.

New Delhi: The first trailer of wrestling biopic Dangal released on Thursday and proves just why each Aamir Khan film is worth the wait.

Aamir, 51, plays wrestler Mahavir Phogat in what will be his first movie in two years. Phogat, who the actor plays as both a young man and middle-aged father, wants to train his son to be a wrestler like him. The only hitch - he has four daughters, no son.

In his village in the heartland of Haryana, Mahavir Phogat's gold medal hopes seem dashed until one fateful day when he realises that "choriyan choro se kam nahi." After this epiphany, he trains his daughters Geeta and Babita, played by actresses Fatima Sana Shaikh and Sanya Malhotra, for the dangal of their life.

Dangal chronicles the journey of the trio through the world of wrestling and how they overcome prejudice, societal pressure and conventional beliefs about traditional notions of gender.

This right here is your inspiration for the day:


Aamir plays both the younger and older characters of Mahavir Phogat in the film. He had put on weight up to 95 kg to play the older part and brought it down to around 70 kg for the younger version. In the beginning of the trailer we see the older version of the wrestler but we get a glimpse of Aamir as Phogat in the younger day, and that too is quite a show.

Promoted
Listen to the latest songs, only on JioSaavn.com
The film's title track which plays in the background is composed by Pritam Chakraborty and sung by Daler Mehndi.