Aamir Khan's Birthday Post For Mom Zeenat Comes With A Family Pic: 'The Most Beautiful Woman On Earth'

"Happy Birthday to the most beautiful woman on earth!" wrote Aamir 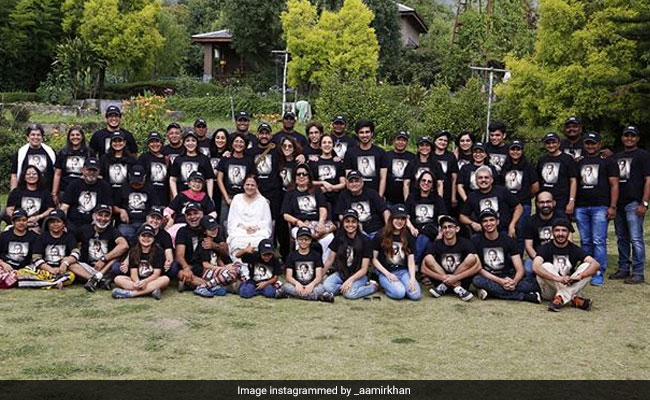 Aamir Khan latest post on Instagram will surely bring a smile on your face. The actor's mother Zeenat Hussain turned a year older on Friday and Aamir wished her on social media in a simple yet sweet style by calling her "the most beautiful woman on earth." He added a family photo to his Instagram diaries, in which he can be seen standing behind his mother. Aamir's wife Kiran Rao can also be seen standing with him. The photo also features Aamir's children Junaid, Ira and Azad Rao Khan. What makes the photo more special is that every family member can be seen wearing a t-shirt with a picture of Zeenat on it. Sharing the happy family photo, Aamir wrote: "Happy Birthday to the most beautiful woman on earth!"

Happy Birthday to the most beautiful woman on earth!!!

Aamir's love for his mother could also be seen in his previous Instagram posts. Celebrating Mother's Day on May 12, Aamir made a trip down the memory lane and fished out a photo of himself enjoying his childhood times with his mother. In that photo, little Aamir could be seen sitting beside his mother on a machan.

Ammi and me. Best Mom in the world!

In separate posts on the same day, he shared monochrome photos of his father Tahir Hussain, brother Faisal Khan and sister Nikhat Khan.

On the work front, Aamir is busy with his work-in-progress film Lal Singh Chaddha, which he announced on his birthday in March. Lal Singh Chaddha is the official adaptation of Tom Hanks' Forrest Gump. The film is slated to release on on Christmas next year.