Aamir Khan wanted to buy the two Carter Road apartments he been staying in for the last six years initially, but the deal did not materialise 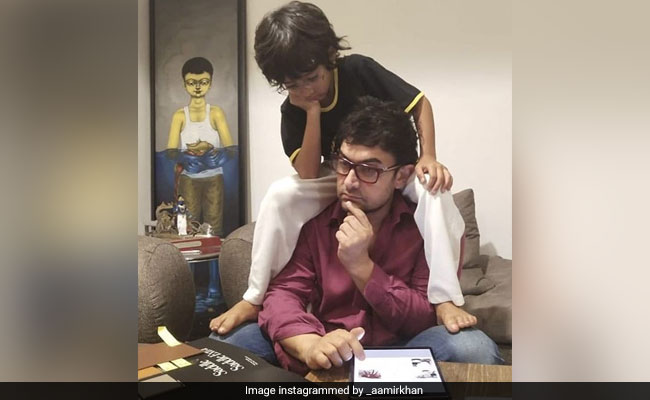 Aamir Khan is reportedly all set to relocate from his Carter Road apartment to his Pali Hill apartment soon. As per a mid-day report, Aamir Khan wanted to buy the two Carter Road apartments (in which he stays with his wife Kiran Rao and their son Azad) in 2014 but couldn't because some members "objected to the proposal and did not want to be bought out." The 53-year-old actor then initiated renovation in his Pali Hill apartment which is now complete. A source told mid-day: "His lease at Freeda One (on Carter Road) is expiring soon, and he has decided to not renew it. The idea of relocating to Marina Apartments (in Pali Hill) had been on his mind for quite some time. That's why he had ordered that the place be spruced up. With the renovation now complete, his old home is ready to welcome him back."

The renovation at Pali Hill hit a minor roadblock after Brihanmumbai Municipal Corporation or the BMC issued a stop work notice, citing faults in the creation of the additional structure. However, the process was streamlined after the professors of IIT Mumbai audited and approved the changes, reported mid-day.

On the work front, Aamir Khan was last seen in Thugs Of Hindostan, which turned out to be a box office turkey. He is currently preparing for his role in Lal Singh Chaddha, which he announced on his birthday in March.