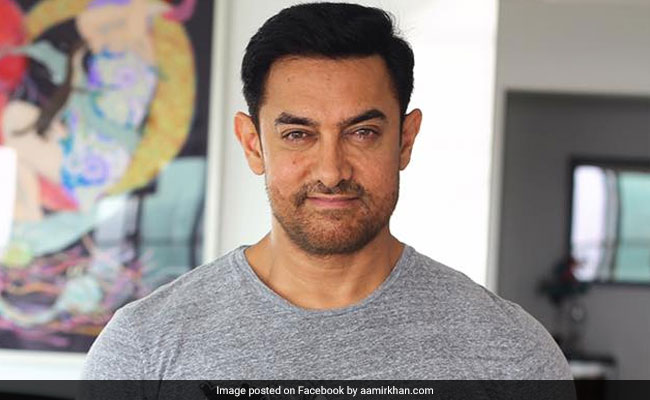 Aamir Khan said he has been obsessed with Forest Gump. (Image courtesy: Facebook)

Aamir Khan has booked the Christmas weekend for the next year as he will release his work-in-progress film Lal Singh Chaddha on December 25, 2020, reported trade analyst Taran Adarsh. The film, which will feature the actor in the title role, will be produced under the banner of Viacom18 Motion Pictures. Lal Singh Chaddha gets its story by Atul Kulkarni and it will be made by Secret Superstar director Advait Chandan. To recall, Aamir Khan had announced his next venture on his birthday by revealing a few details about it. The actor will try to re-create the mesmerising story of 1994's Forrest Gump, which features legendary Hollywood actor Tom Hanks, in his new film.

Aamir Khan has already brought the rights to make the Hindi remake of Forrest Gump from Paramount Pictures. Aamir has also revealed that that he has been obsessed with Forrest Gump.

Earlier, in an interview with news agency PTI, Aamir Khan revealed that he will lose around 20 kilos for his role in Lal Singh Chaddhaand that he will be seen sporting a turban for some segments of the film. "We have started the prep work on the film. The shoot will start from October. I will be prepping for six months. I have to lose weight. I will be losing 20 kilos. I have to be lean and slim," PTI quoted Aamir as saying.

Talking about Forrest Gump, the movie features Tom Hanks, Robin Wright, Gary Sinise, Sally Field, Haley Joel Osment and Mykelti Williamson in the lead roles. It revolves around the story of the titular character (with low IQ and a golden heart), who witnesses all the major events in the history of the United States.

Lal Singh Chaddha is likely to clash with Krissh 4, which stars Hrithik Roshan, on the Christmas release. Director of the Krissh series, Rakesh Roshan had announced the tentative release date of Krissh 4 on Hrithik Roshan's birthday last year.