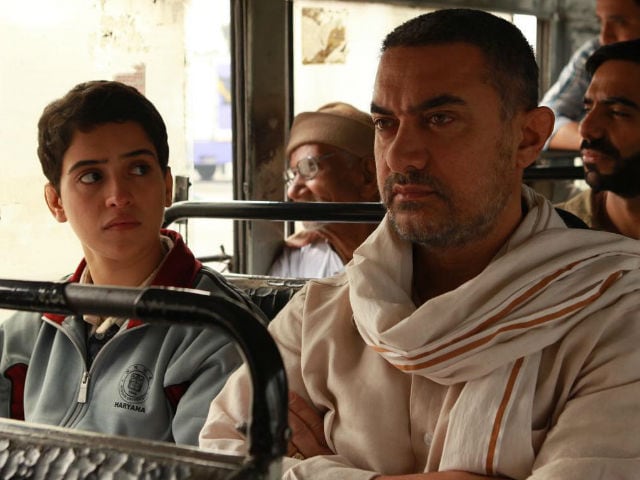 New Delhi: Aamir Khan, star of 2016 film Dangal, refused to release the film in Pakistan, after the Censor Board asked for two cuts - involving India's National Flag and National Anthem - in the film. Pakistan's Central Board of Film Censors (CBFC) chief Mobashir Hasan told IANS: "Yes, the board unanimously decided to skip two scenes." However, Aamir Khan and the makers of Dangal have decided not to release the film in the country. Aamir's spokesperson told IANS that the 51-year-old actor believes that the two scenes are "crucial to the spirit of the film." Aamir Khan played wrestler Mahavir Singh Phogat in the biopic directed by Nitesh Tiwari.

Of their decision to censor the scenes, Mr Hasan said: "The decision is the collective wisdom of the board," reported IANS. He also said that now it is the local distributor's decision to release the film or not.

Aamir Khan's Dangal released in December, last year and it was an instant hit with critics and moviegoers. The film opened to fabulous reviews and has a lifetime collection of Rs 387.38 crore, according to Bollywood Hungama.

Promoted
Listen to the latest songs, only on JioSaavn.com
Dangal is the story of Mahavir Phogat, who coached his daughters Geeta and Babita in wrestling. Geeta became the first wrestler to win a gold medal at the 2010 Commonwealth Games while Babita won a silver medal in the same year. Actress Fatima Sana Shaikh played the role of Geeta Phogat while Sanya Malhotra was seen as Babita Phogat. Actress Sakshi Tanwar featured as Aamir Khan's onscreen wife Daya.