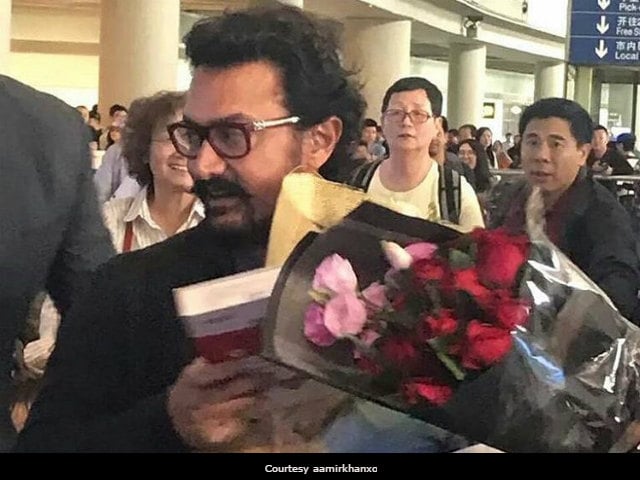 New Delhi: You can find Dangal star Aamir Khan in China currently. The 51-year-old actor is in China for promotional duties of Dangal, which has already reached a blockbuster status in India, and is awaiting it's screening at the Beijing International Film Festival. Speaking at a promotional event of Dangal, Aamir encouraged the idea of more Indo-Sino projects, reported news agency PTI. "Films featuring top artists from both the countries could bring the two nations close," PTI quoted Aamir as saying. Aamir was welcomed by a huge sea of fans at the event in Beijing which also hosted a preview of Dangal, reported PTI. The Nitesh Tiwari-directed sports biopic is reportedly scheduled to be screened at the Beijing International Film Festival and PTI reports that it will release across Chinese theatres in May.

This is not the first time an Aamir Khan film is releasing in China. Talking to reporters in Beijing, Aamir said that his first big hit in China was 2009's 3 Idiots, which was his first collaboration with Rajkumar Hirani. Aamir's PK was also a blockbuster hit in China. Aamir is also expected to visit Shanghai and Chengdu ahead of his film's release.

After action comedies Kung Fu Yoga and Buddies In India performed well at the Chinese box office, China has become flexible with the number of Indian films to be screened and increased it from two to four, reported PTI.