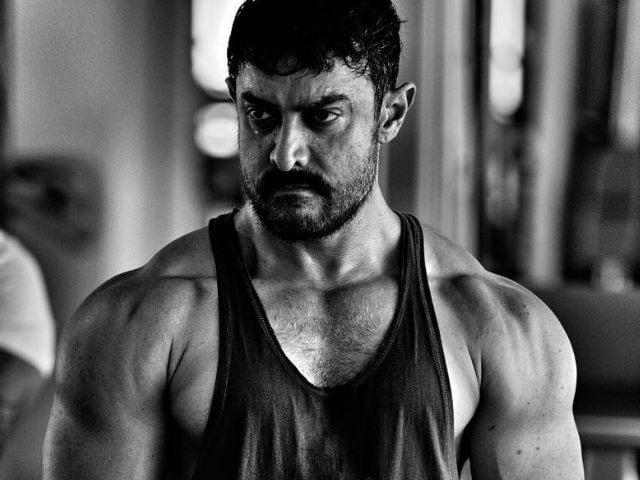 This image was posted on Twitter by Aamir Khan

New Delhi: Actor Aamir Khan tweeted another poster of his upcoming sport biopic Dangal on Monday and this time, the focus is on his onscreen daughters. He asks:

The film chronicles the story of wrestler Mahavir Singh Phogat and his journey as coach to his daughters Geeta and Babita. Aamir Khan, 51, plays Mahavir Phogat while Fatima Sana Shaikh and Sanya Malhotra star as Geeta and Babita respectively.

In September last year, Aamir shared the first poster of the film, which showed his face emerging out of mud:

This poster was trolled mercilessly on social media.

Dangal, directed by Nitesh Tiwari and co-produced by Aamir Khan, Kiran Rao and Siddharth Roy Kapur, will release on December 23.