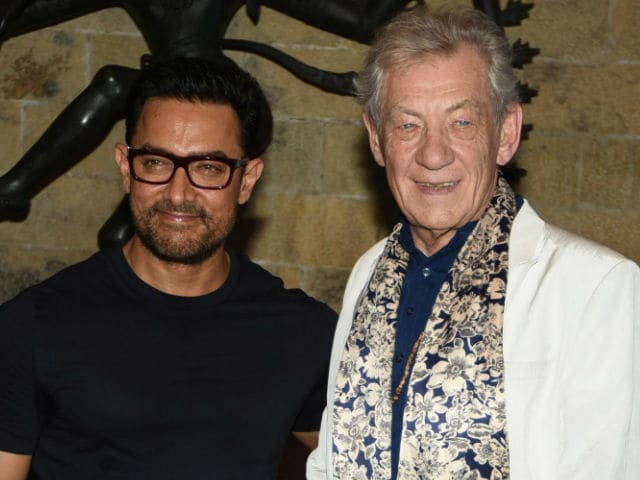 Mumbai: Bollywood superstar Aamir Khan and British actor Sir Ian McKellen discussed the work and legacy of literary legend William Shakespeare at the launch of Shakespeare on Film with BFI and British Council, a global tour, and MAMI Film Club.

Marking the 400th anniversary of Shakespeare's death, MAMI Film Club brought together Sir Ian and Aamir to share a dialogue exploring the many adaptations and interpretations of Shakespeare's work that filmmakers across borders have showcased for the big screen.

This mega-event was presented as a part of 'Shakespeare Lives' - a global programme launched by the British Council and the GREAT Britain Campaign on Monday.

Having appeared in numerous Shakespearean plays staged across the globe, Sir Ian said: "There is nothing old fashioned about Shakespeare. You cannot understand Shakespeare in a classroom or by reading."

"The right medium to discover his true genius is through theatre with the right actors, the right director (the way it is meant to be), as theatre, film and cinema are the best media to experience him. His thinking is about modernism and issues that are relevant even today, hence his work travels across the globe," he added.

"The first time I experienced Shakespeare was in the 10th grade when I studied Julius Caesar. It opened my world like I had never known (before). In fact, my first movie ( Qayamat Se Qayamat Tak) was also inspired by Romeo and Juliet, a true Shakespearean classic," Aamir said.

"I feel discussions like these influence the artists in all of us and inspire us to become better at our crafts," he added. 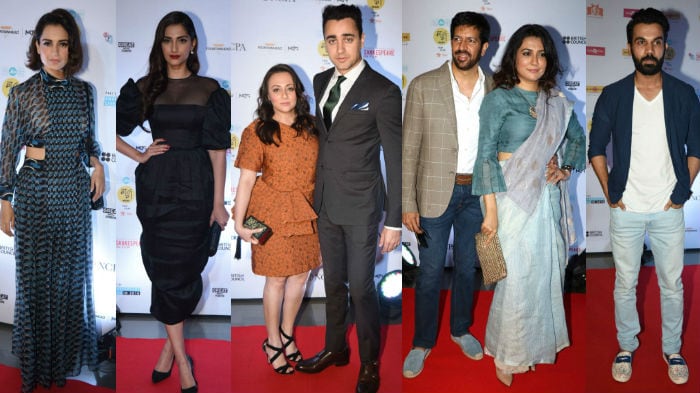 Through year-round activities such as screenings, master classes, in-depth conversations and workshops, the MAMI Film Club aims to serve as a platform for filmmakers and film lovers, to explore their deep-rooted passion for cinema and to inspire and fuel creativity across genres.

Kiran Rao, chairperson, MAMI said: "It is time for the world to stand-up and take notice of Indian cinema and its contribution to filmmaking globally. Shakespearean adaptions in Indian movies are a testament to the fact that we are on the brink of an amazing journey ahead. MAMI via its Film Club and other year-long initiatives aims to satiate the exact same hunger for great storytelling one movie at a time." 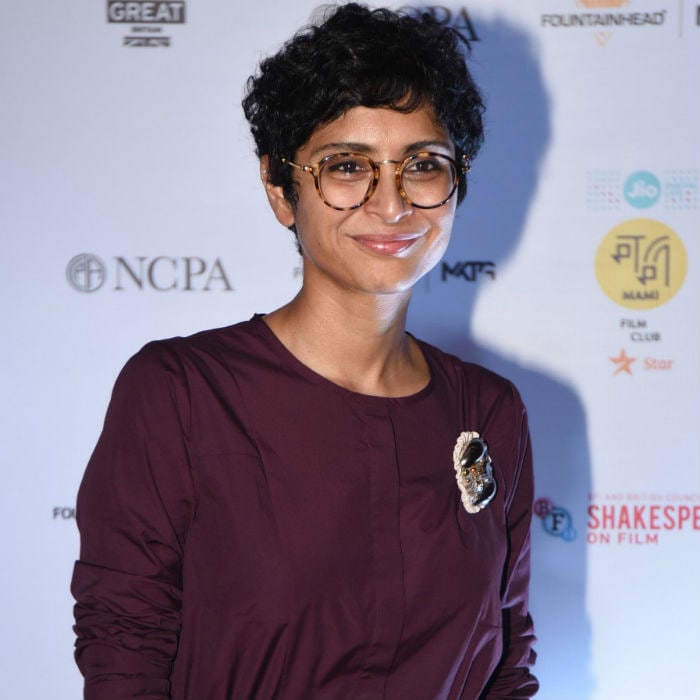 Kiran Rao photographed at the event.

Anupama Chopra, director, MAMI said that 2016 is a "year of transformation for MAMI and this conversation piece was a strategic move in the right direction towards its bright future." Anupama Chopra photographed at the event with her husband, filmmaker Vidhu Vinod Chopra.

The film festival will be held from May 25 to 29 at three venues here: Liberty cinema, Alliance de Francaise and Max Mueller Bhavan. Over 182 films from 53 countries will be screened.

Sir Ian will be the chief guest at the opening ceremony on May 25 at Liberty cinema.