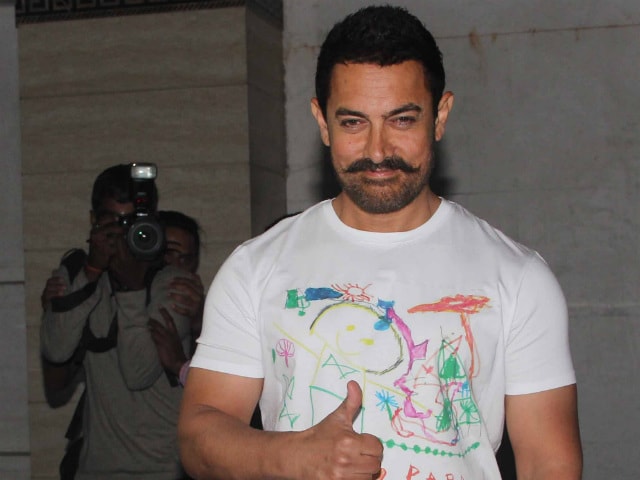 Aamir Khan photographed at his Mumbai residence on his 51st birthday.

Mumbai: Aamir Khan has been in the US for a while now attacking the kilos to get in shape for the new schedule of Dangal. 13 kilos lighter, Aamir spent the morning of his 51st birthday with the media at his house in Mumbai, a routine he has been following for the last few years. The weight loss was evident and Aamir seemed pretty kicked about it. (Also Read: Aamir's Birthday Wish: Want to Buy Mother's Childhood Home in Varanasi)

"I have been concentrating completely on the weight loss. Have given six months before I start shooting for the final schedule of Dangal," he said at the press conference.

"In the US I have been training for almost six to seven hours daily. Running, biking, all that I can do," he added.

Aamir had touched 95 kilos to play the father of four daughters in Dangal that releases this Christmas. Rubbishing rumours that it was scheduled for an Independence Day release instead, he said: "I have no idea where these rumours are coming from, the film was always supposed to release on Christmas," said Aamir.

Sporting a T-shirt which bears a painting by his youngest son Azad, Aamir is not done with the weight loss yet.

"I am only halfway there. I need to lose 12 kilos more before I get into the Ghajini shape," said Mr Khan.